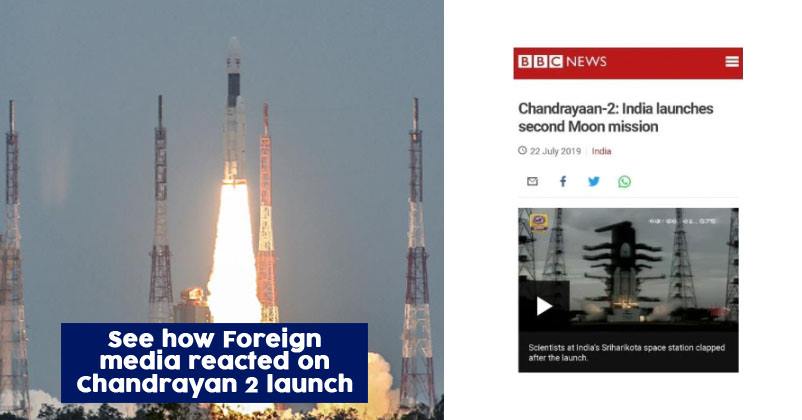 Every Indian’s are extremely proud of the scientist of our country and team ISRO for giving us the grand opportunity to etch 22 July 2019 in the annals of our glorious history.

India’s second moon mission Chandraryaan 2 which aims at landing a rover or unchartered Lunar South Pole. Chandraryaan 2 with the countries most powerful GSLV-Mkll-M1 has been successfully launched today. After technical snag, it was immediately fixed for the ambitious and indigenous mission to the moon.

Almost every media houses across the globe covered the historic news of ISRO for launching their second moon mission and how the Indian space programme managed to lift off in their second attempt.

Watch the moment India successfully launched its mission to the moon. Read more about what Chandrayaan-2 is trying to achieve here: https://t.co/uy0xHd1ZQm pic.twitter.com/6YPl5HbkPp

India is on its way to the moon. “The mission has been successfully accomplished!” blared a message from loudspeakers at mission control. https://t.co/tKBwKO0Hyv

UK’s online newspaper The Independent wrote India launches Chandrayaan-2 mission to the Moon after calling off the previous attempt.

Aljazeera wrote, India’s moon mission Chandrayaan-2 gets off the ground.

Continue Reading
You may also like...
Related Topics:Chandrayaan 2, ISRO