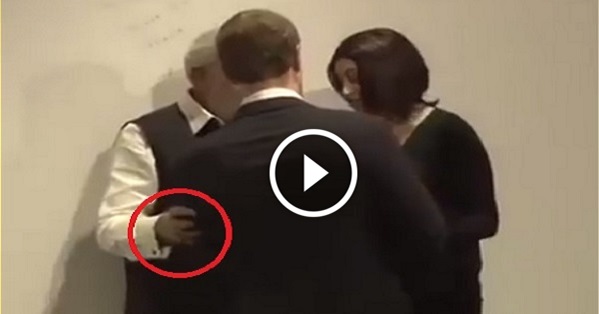 We all knew that Narendra Modi is presently in USA meeting all the great CEO’s of most profitable companies in the world. Yesterday Modi attended the Townhall Q&A session at the Facebook Headquaters along with the Facebook Founder and CEO Mark Zuckerberg. The session was inspiring and exciting as it was the first ever PM do that. Soon after completing the Q&A session at the Facebook Headquaters, Modi was accompanied by Mark Zuckerberg to sign the Facebook Wall which is present at thier Headquaters. Modi was pleased with this move by Zuckerberg and he wrote “Ahimsa is the greatest Dharma. Satyameva Jayate” in Gujarati Language. This was followed by a Present which was given to Narendra Modi by a lady, at the same time Mark Zuckerberg Unintentionally blocked the way between Narendra Modi and the Camera Lens and what happened next will shock you.

The above Video was posted by Hisham Abbas  on his Facebook.

This Hilarious “MERA GHANTA PAKDOGE” Prank Will Give You A Good Laugh
Microsoft CEO Satya Nadella Intentionally Tried To Insult PM Modi Or Was It Just A Mistake?