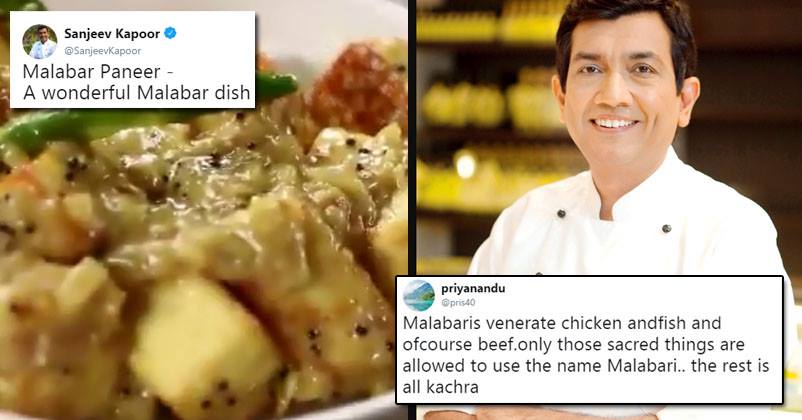 Chef Sanjeev Kapoor is one of the internationally acclaimed Indian chefs and it won’t be wrong to say that he is a household name in India, thanks to many TV shows in which he has appeared and taught us the recipe of many dishes. 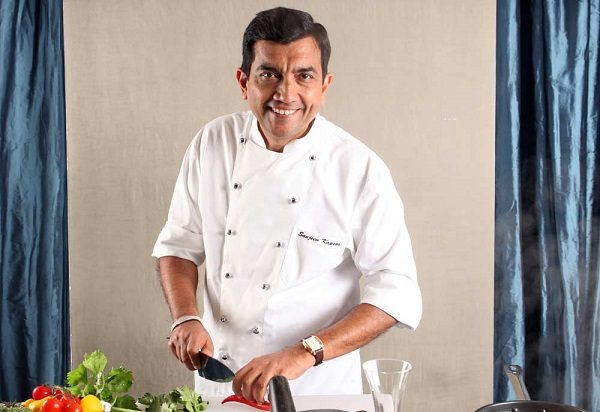 Just recently, he took to Twitter and shared a video recipe of Malabar Paneer.

He shared the dish with caption, “Malabar Paneer – A wonderful Malabar dish that has the flavors spicies and offers several gastronomic opportunities. The food is generally fresh, aromatic and flavored.” 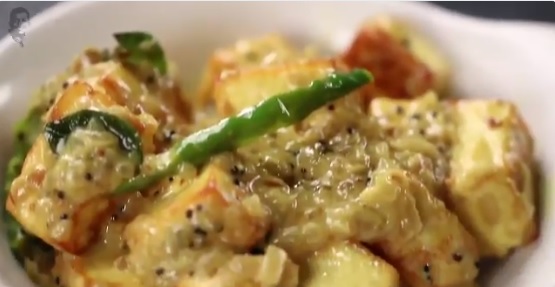 Malabar Paneer – A wonderful Malabar dish that has the flavors spicies and offers several gastronomic opportunities. The food is generally fresh, aromatic and flavored. For more such interesting recipes click on https://t.co/c2rBBuz4LW#foodlover pic.twitter.com/M0RMhpPyRl

Coconut milk and curry leaves are added into the recipe so that the dish gets some coastal flavour.

Now if you are not much acquainted with the cuisine of Malabar, let us tell you that other than meat, chicken and fish, nothing else is much liked by the people of Malabar.

Sanjeev Kapoor’s Malabar Paneer was not liked by Twitterati and they trolled him mercilessly. Here are few selected tweets:

Next, I will provide the recipe for yummy "Banarasi beef fry"… pic.twitter.com/TvwnNb68L7

We don’t eat Paneer in Kerala. Never heard of it, never seen it. Did you get this recipe from whatsapp university?

We don't have paneer here in Malabar, we have Malabar special Beef biriyaani and beef fry. Don't make people fool Mr.@SanjeevKapoor ..We malabaries don't even like paneer,the veg dish..😂😂😂

Malabar is famous for beef and chicken. Even if it is a fusion food don't mix it up with the malabar. You can name it south indian panneer or malayalam panneer or lakshadweep panneer etc. Naming a panneer like this is an Insult to malabar.

You just hurted all the citizens of Kerala.We hate Paneer😂😂

By simply adding coconut milk to anything does not become Malabar. Come on chef, never heard of any dish with Planner in Kerala. Get ur facts checked.

This relentless paneerification of all Indian dishes must be stopped!

Malabaris venerate chicken andfish and ofcourse beef.only those sacred things are allowed to use the name Malabari.. the rest is all kachra

The closest thing to paneer for malayalees😆😆 pic.twitter.com/Dtp6NOoh2g

Tweeples- do not doubt him. He can do a Malabari punjabi chhole or malabari andhra biryani

What do you have to say about Sanjeev Kapoor’s dish? Let us know your views.

Anand Mahindra saw a board “Zakhmi Jooton Ka Hospital”. Gave A Wonderful Offer To The Cobbler
A Popular Daily Noticed That Farah Khan Repeated A Shirt. Farah Trolled It In Her Own Style