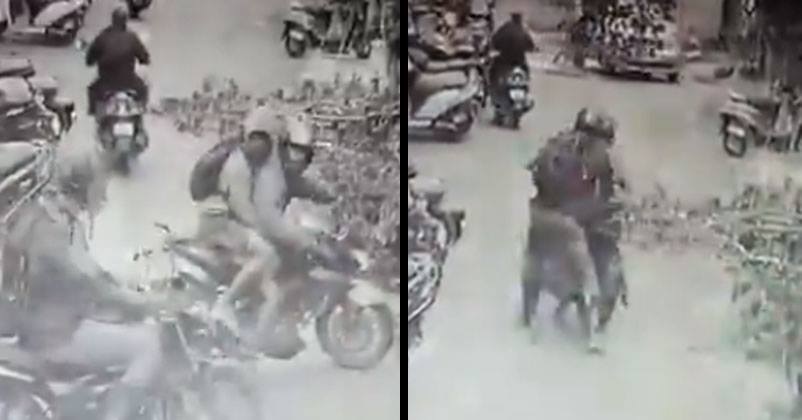 The job of a policeman is quite tough as they have to work for long hours and when all of us enjoy with our families during the festivals, the cops are busy serving people, ensuring that everyone is safe. However many times, policemen are accused of not performing their duties in an efficient manner and very rarely we come to know about those police officers who keep their lives at stake in order to keep the public safe. 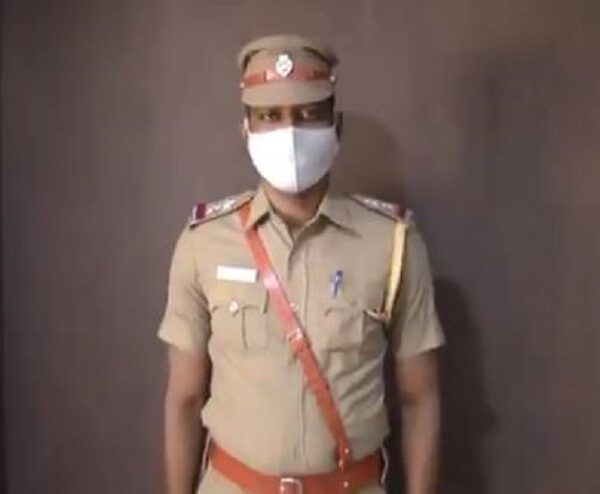 Thanks to social media, now we get to know about almost everything that is happening around us and recently a video went viral on the social media networks in which a cop from Chennai chased a bike-borne mobile snatcher and caught him. After arresting this mobile snatcher, the police arrested three more bad guys and recovered 11 stolen mobiles which were snatched by them.

The name of this brave Chennai cop is SI Antilin Ramesh and he chased the snatcher who was on a stolen bike without number plate. The courageous officer started chasing these two guys after he saw them snatching phone from a 56 years old person at the MMDA colony and he arrested one of them while one escaped. 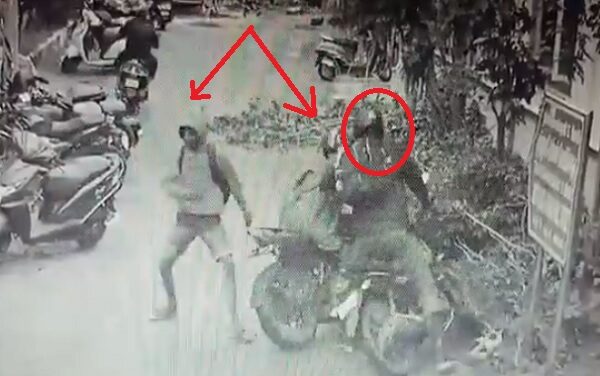 The Chennai cop was rewarded by the Commissioner of Police who called Antilin Ramesh the real-life hero.

It’s not a scene from any movie. But the real life hero SI Antiln Ramesh single handed chasing and catching a mobile snatcher riding a stolen bike. Follow up led to arrest of three more accused and recovery of 11 snatched/stolen mobiles. pic.twitter.com/FJYdoma7I4

Here is how Twitterati reacted:

Kudos to SI for his action. Surprising no passer by supported him. That’s not good.

Brave SI Antiln Ramesh.
He has done a tremendous Job. Salute to him pic.twitter.com/ctvVuoQDeK

🙏Thanks to such great cops in Tamilnadu who go to such extent of risking their lives to catch a culprit. Only these kind of upright cops can bring the lost respect back to the police force pic.twitter.com/PzakDHpCn9

Awesome 👌Great Lesson for Police Force of rest of India to emulate TN Police on their Vigilance, Alertness, Sincere Patrol, Swift Action and being People friendly!Keep it up TN Police 💐🌹

Public must assist during such time when a police personnel is nabbing a criminal..on the other way the police can also demand the same from passersby..👍👍 great work 👌👌👍👍

Wow seriously in Tamil nadu . I ever never see any news about snatch about Tamil saste 🤔 there police so strong and super Tamil Nadu police is best. Work u know best 👍👍

This world has both kind of humans, one who works against humanity and one who works for welfare of humanity and society. Mr. Antiln Ramesh sincerity in Job is well appreciated. @copmahesh1994 rewarding such brave acts of police action is excellent and gives motivation too

Great job. Should have mobile team equipped with powerful bikes, tools, adequate training to move around in traffic to chase criminals.

Great appreciations Sir..He had the guts, willingness and passion to his work..he deserves encouragement, pls recognise him so many more come forward to exhibit what they can do..

More real hero goes unsung…thanks for bring them into screen and making the pride of police…giving strong message to Anti Social Elements.

These(police and defence personnel)are real heros who saves our countries from antisocial elements. I salute them. Great job!

We are proud of SI Antilin Ramesh and wish him all the best for his future endeavors.