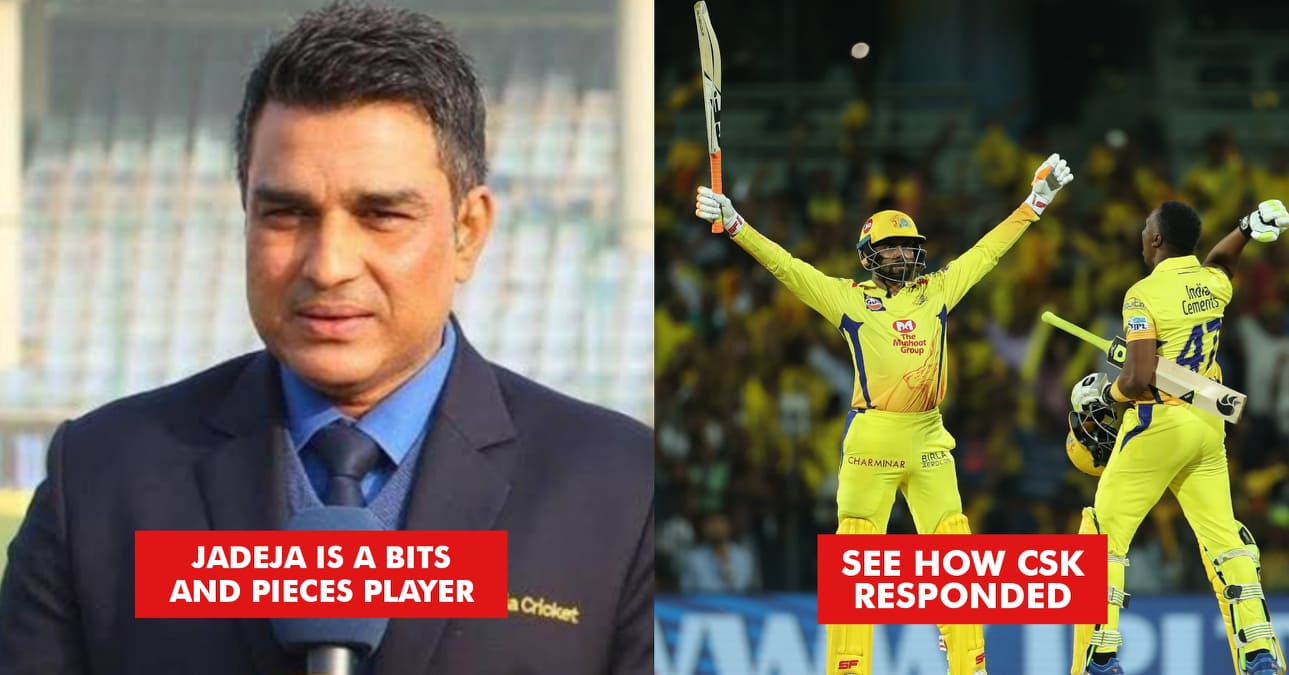 Sanjay Manjrekar was on a criticism spree in this World Cup 2019. He did not spare any cricketer from his mean comments. From Dhoni to Jadeja, he took digs at everyone. Jadeja responded to his calls and bashed him pretty good by comparing his words to ‘verbal diarrhea’. All this started when Sanjay called the all-rounder a ‘bits and pieces’ player.

Jadeja remains a part of the 15-member Indian squad for the ongoing ICC World Cup but still has not been a part of the team on the field. He has not entered the field till now but despite this, we all know Jadeja’s value for the team. He can play well when he is needed the most. Seeing this spat between the duo, Chennai Super Kings came out with a witty tweet. The caption read,” We, dear Sir, love you to bits, to pieces, eight times round the Moon and back! #WhistlePodu #SirJaddu #Yellove @imjadeja”

People soon poured in with tweets and praises for this subtle witty message.

Mr.@sanjaymanjrekar we want you to do your commentary in M.A. Chidambram stadium within the crowd in #IPL2020 !! pic.twitter.com/mekw96kiZT

@sanjaymanjrekar don't think you got 1% of this love during your entire career.

We will leave your commentaey career or whatever you call it.

The energy you bring to the field is on a different level @imjadeja
Thank you for that reply to SanjayManjrekar and he deserves it, someone had to do it one day, wish to see you back on the field this #CWC2019

That lay down six

We sure have your back too Jadeja.