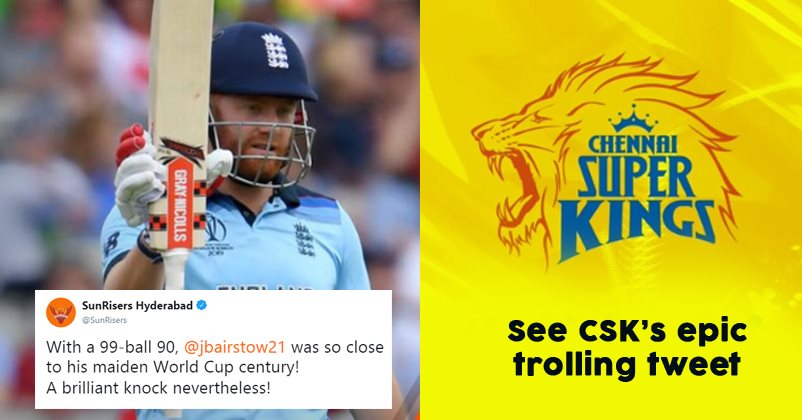 Yesterday England battled Afghanistan in London, World Cup 2019. And England’s performance was outstanding. There scored 397 runs and won the match. But the highlight of the match was Eoin Morgan who made 148 runs in just 71 balls and Johnny Bairstow who made 90 runs in 99 balls with a strike rate of 90.91. People were immensely impressed by the duo.

J. Bairstow also played for Sun Risers Hyderabad and they praised him for landing this performance.

With a 99-ball 90, @jbairstow21 was so close to his maiden World Cup century!

But soon Chennai Super Kings responded to their tweet saying that even Rashid Khan was a part of the team, who just gave away 110 runs in 9 overs!

Give this admin a raise already! 😂

This Admin is just Awesome 👌👏🤣

This tweet also upset some people, but what is cricket without a friendly leg-pulling.