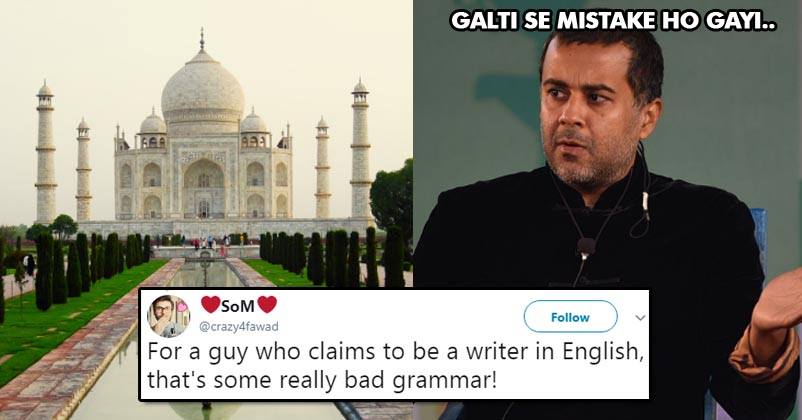 Chetan Bhagat is quite popular as a novelist, especially after several Bollywood movies have been made on the stories of his novels, such as “3 Idiots”, “2 States”, “Half Girlfriend”, etc. 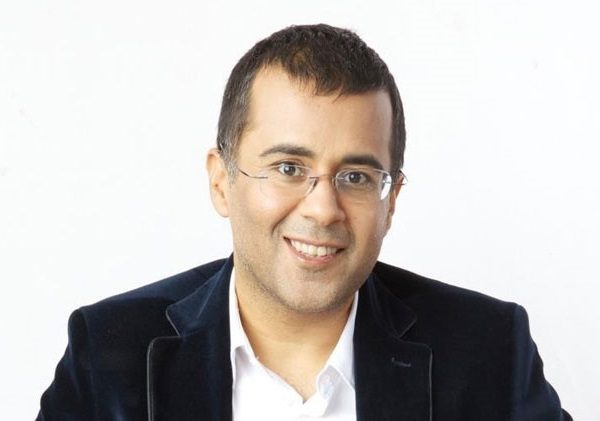 But at the same time, it’s also equally true that he is more often trolled on social media, particularly on the micro-blogging site Twitter, rather than being praised for his work. He also became an object of mockery when he appeared as a judge on a dance reality show. Ever since, he’s trolled on a regular basis for something or the other.

Recently, Chetan took to Twitter and started a poll with caption, “Did you ever, as an Indian, saw the Taj as a ‘Muslim’ monument (as @washingtonpost is saying it’s being neglected because it is Muslim)”

If you have little understanding of English grammar, unlike Chetan, you must have identified the mistake in his tweet. Yes, you got it right! Chetan wrote ‘did saw’ while the correct grammar would be ‘did see’.

Did you ever, as an Indian, saw the Taj as a 'Muslim' monument (as @washingtonpost is saying it's being neglected because it is Muslim)

A number of Twitter users noticed this error in Chetan’s tweet and consequently, he was trolled left and right! Check out few selected tweets:

For a guy who claims to be a writer in English, that's some really bad grammar!

A jibe at his novel:

What I sawed was a Dead Girlfriend. (I didn’t “actually” saw her, BTW)

Bad grammar. Even poorer understanding of the issue. Do you pay to get your columns into papers?

When Chetan says that his English is good:

Hahahah he wrote an english novel and DU was thinking about including it in their curriculum. What a popat, dear Chatan Bhagat 😉

Shortly, he made another tweet, clarifying that he didn’t make a mistake but his phone did. He wrote, “Yes I apologise for the phone autocorrect typo. Though I think everyone did get the point.”

Yes I apologise for the phone autocorrect typo. Though I think everyone did get the point. Oh, btw it is Come On! Not Common! https://t.co/3aWSIAzMsi

We hope that Chetan Bhagat will be more careful while posting tweets now!

10 Most Peace Loving Countries In The Whole World. Want To Go Here?
Girl Booked Uber & Had Worst Experience With Driver. How She Escaped Deserves An Applause