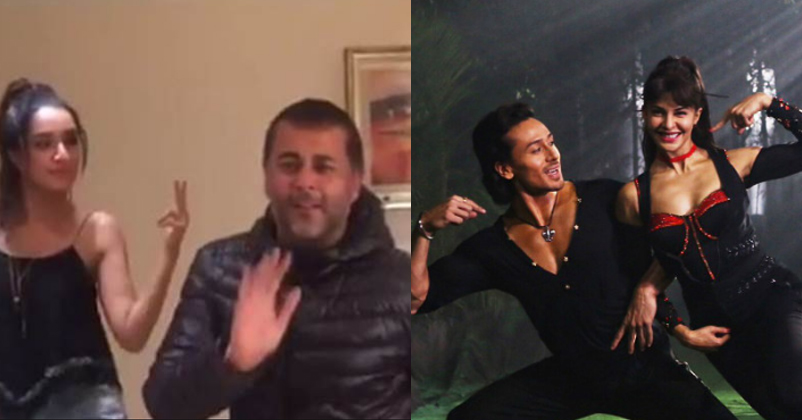 Apart from Tiger Shroff’s flexi dance on Beat Pe Booty song, the whole Bollywood has taken a toll on it and came up with their own ‘BOOTY DANCE’ and they are just too good and hot to handle. We did share many such videos. From Divyanka & Mouni’s sizzling dance to KRK’s Hilarious grooves, we shared it all. But today, we have come again with one of the most cutest, honest and amazing dance performance. The HALF-GIRLFRIEND team presents the most superb and honest dance version on BEAT PE BOOTY song. Catch The Video:-

The video started with the perfect lip-syncing to the song and later on Arjun Kapoor was seen grooving in full mood along with Shraddha Kapoor hitting in the right beats. After Shraddha Kapoor’s shout out the main eyeball grabber Chetan Bhagat did a splendid and an honest dance performance. It seemed like this dance was ONE OF HIS 3 MISTAKES that he did in ONE NIGHT @ before 2020. Although we must agree that it was an honest and the most cutest dance performance till date on this song. After his performance, Sharddha Kapoor’s shout out drew the rest of the team members into the video and then it was a complete madness and fun altogether.

Wasn’t that great ? What are your opinions about the performance ? Share it in the comment section below

Hrithik Has Stopped Coming For Kaabil’s Shooting! His Dad Is Losing 12 Lakhs Per Day!
Oh So These 2 Actors Have Entered The Forbes List Of Highest Paid Actors! You’ll Love It!