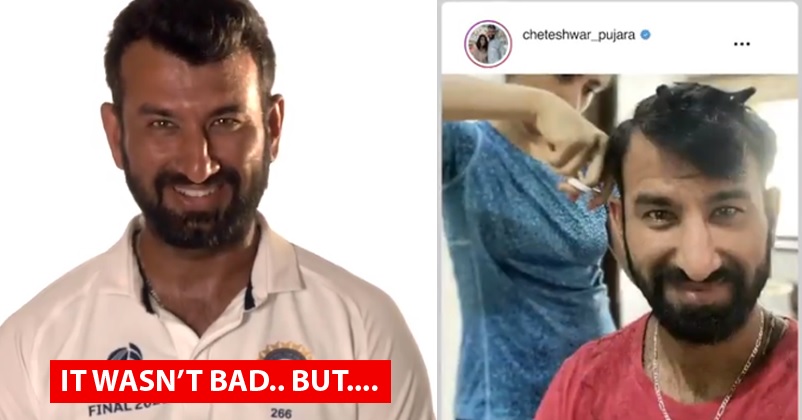 The Indian and New Zealand cricketers must be feeling a little upset as the World Test Championship final has been badly affected because of the rain but the International Cricket Council came up with a good way to cheer them up and also gave fans some moments of happiness. ICC started a video segment which was hosted by Sanjana Ganesan and in the videos, many Indian and Kiwi cricketers were seen talking about their favourite Instagram posts and also narrated the story related to them. 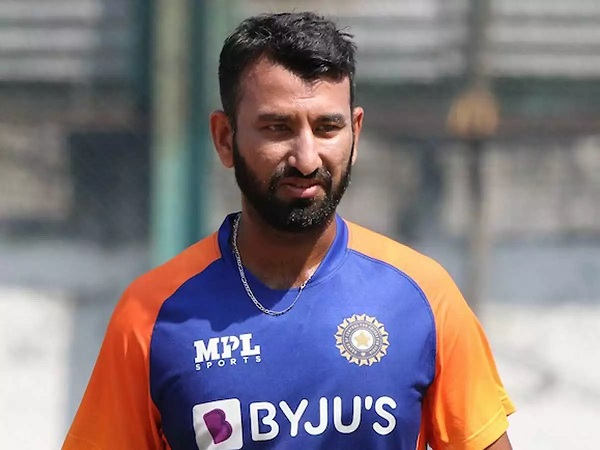 The Indian cricketer Cheteshwar Pujara is also seen in a video in which he talks about many posts as well as the memories associated with them. He also opens up on the post in which his wife is seen cutting his hair. Sanjana asks her as to how many times his wife has cut his hair and in response Pujara says that only once because she is okay but not up to the mark as he has very high standards when it comes to hairstyling.

It happened during the coronavirus lockdown as it was the time when almost everything was closed including the hair salons in view of the fact that hair cutting is almost impossible without touching or coming closer to the person. COVID-19 is contagious is nature and the medical experts have strictly asked citizens to practice social distancing. 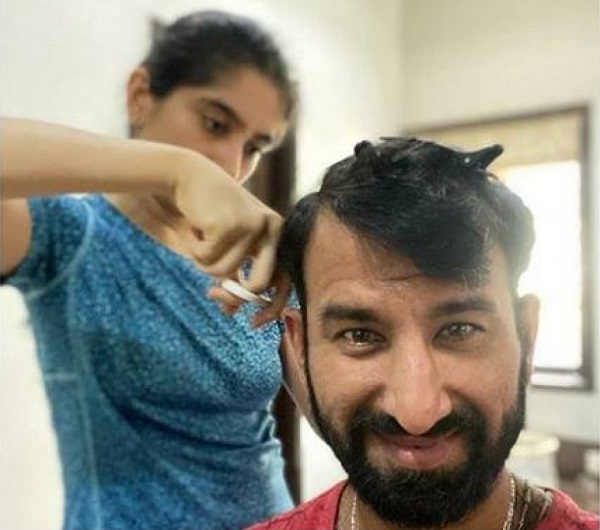 Pujara also talks about his photography skills and reveals that his wife feels he doesn’t click photos nicely. In addition, he calls the India-Australia series as his most memorable series which India has won by 2-1 and retained the Border-Gavaskar trophy.

Here you can watch Cheteshwar Pujara talking about his favourite Instagram posts:

Pujara was not able to make any impact in the WTC final as he got out for just 8 runs in the first innings. Till the time this article was written, the Kiwis were 139/5 in response to India’s 217 runs. Today is the fifth day of the test match but the game will be played tomorrow as well because it is a reserve day.

What do you think will be the result of the match or what are the chances of it ending in a draw according to you?