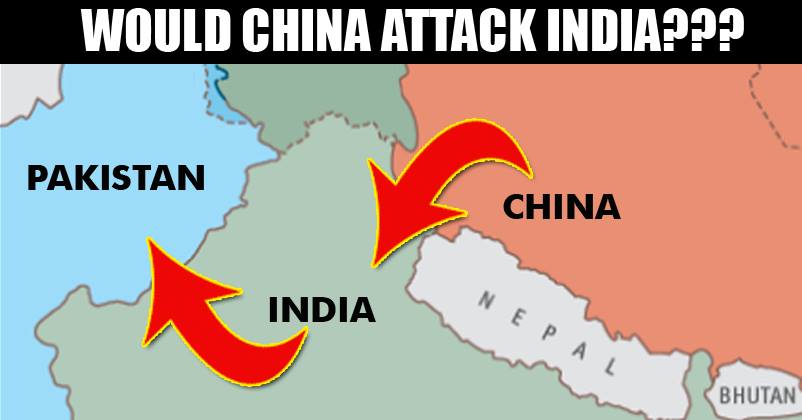 Can you feel the pain of the family members of those 18 soldiers died in URI Attack ? Can you empathize with their feelings ?

Now can you feel the anxiety of the mothers, wives or children of our army soldiers when they hear & see OUR aggression ‘TO GO FOR A WAR AGAINST PAKISTAN’. Admit it, we will not be the ones to go for a war, OUR SOLDIERS ARE ! ! It’s easy to type a comment and ask to rage a war against Pakistan while sitting on your couch and gulping down your favorite ‘Nutella’. Now, I do admit the fact that Pakistan has been poking a lot or more precisely fukin up the entire Northern Part of our country by infiltrating terrorists and striking out various terrorist attacks like 26/11 Mumbai Attacks, Delhi Parliament Attacks and the most recent one – URI ATTACK.

It is quite natural as an Indian to lose your control and call for a war against Pakistan for their repeated acts despite warning them for so many times. We have done it earlier in 1947, repeated it in 1965, retaliated in 1971 and replied back in 1999 Kargil War. Do you feel like it’s time to again make them realize who’s the BOSS ?

It’s not that simple mathematics. This time the equation has changed. The enemy of my enemy is my friend or in India’s favour, The Friend Of My Enemy is Not My Friend. Why is India so reluctant to go on for a war against Pakistan ? The answer is CHINA ! ! Yes, our old folks with whom we raged a war in 1962.

No, it’s not because of the recent achievement of Pakistan to get its name enrolled into the ‘Top 10 Countries With The Most Beautiful Men In The World’. The answer is CPEC ! !

The full form is ‘CHINA PAKISTAN ECONOMIC CORRIDOR’. Let’s break this down (INTO WORDS for the time being ). By the words ‘ECONOMIC CORRIDOR’, it certainly means a way or a passage or a road for a mutual and sustainable economic development.

China has a huge geographical disadvantage to some extent and that is having no direct access to southern world oceans. Now why are the southern world oceans so important for China ? Southern world oceans help a country for the exchange of goods and commodities with many African countries. The Chinese shipments have to travel all the way around India, Malacca and ASEAN to finally reach its final destination i.e. CHINA. Now creating a way or a passage through Pakistan is indeed a cheap and profitable deal for China. No more travelling all the way around many countries. It will indeed give them a heads up by covering long distance in short amount of time. This CPEC is 4 Six-lane Expressways from North to South Pakistan ( [Gwadar in Pakistan (Baluchistan)]. This Six-lane expressway will serve as a corridor of highways and railways which will run from Kashgar in China through various economic zones in Pakistan. This CPEC will indeed serve as a direct route for China to import tons of OIL from various African countries. China virtually owns much of Africa today. Billions in investment, buys natural resources. The Gwadar port in Pakistan is just mere 400 Km away from Muscat & 500 Km away from the Strait of Hormuz through which all Gulf oil passes.

Now why China is supporting Pakistan on the issue of Kashmir ? China has already invested a mammoth 50 Billion US Dollar into Pakistan for the development of CPEC. With this 20% of Pakistan’s GDP roughly comes from the investment done by the China. The construction of the roads, highways, bridges and underground tunnel have already begun. All the developments of CPEC is taking place of the land of POK which once came under India. China is constantly asking Pakistan to keep the issue of Kashmir alive by keeping the situation of valley disturbed throughout the year. The reason is because China wants India to pay all it’s attention towards solving the issue of Kashmir rather than focussing on getting back the land (POK) which once belonged to India. If there is peace in the valley, India MIGHT set its eyes on PoK. China does not want India to even think of getting PoK back.

So Will China go for a war against India if we attack Pakistan ?

Answer is probably YES !! When you have invested so much of money in a country, defending your PROPERTY against an ENEMY country is indeed a matter of concern. India and Pakistan engaging in a war for once and for all means that India will be gaining back the POK which does include CPEC that might choke the economical development of CHINA. However, the CPEC project i.e. the building of Karakoram highway started way back in 1959, and was eventually opened in 1979. Now you might ask as to why China did not interfere when India vs Pakistan war broke out in 1971. The answer is because of the support given to India by the Soviet Union which prevented countries like China and USA to attack on India. Yes, USA was indeed planning to help Pakistan. USA sympathized with Pakistan, because of these particular two reasons. Firstly, Pakistan belonged to American led military Pact – SEATO & CENTO. Secondly, US believed that any victory of India would be considered as the expansion of Soviet Union’s influence in the parts gained by India with its victory. To be honest, I am just an engineering student who writes articles like these after doing many prior researches. I will be mentioning down some of the sources through which I gained this knowledge. I hope I was able to clear some of your doubts and if some points are left behind (which I believe there are some points), share it in the comment section below ! !

This Mother-Daughter Duo Fed 3 Stray Puppies! What This Man Did To Them Is INHUMAN!
A Person Tried Trolling Mahira Khan! She Replied Like A Boss & Shut His Mouth…