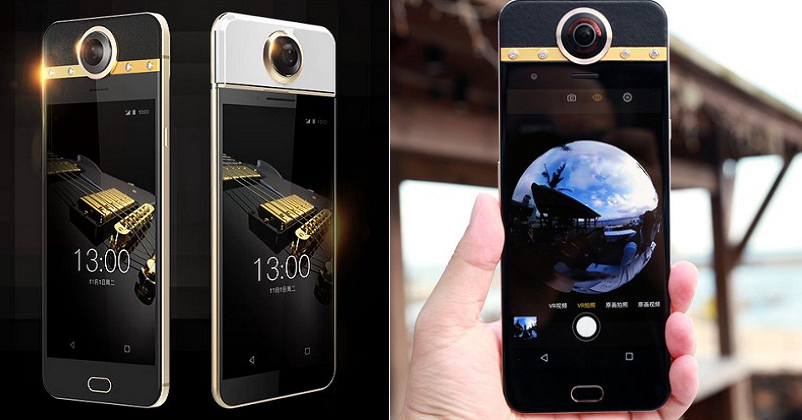 While everyone is going crazy for iPhone 7, a Chinese company “Protruly” has launched something, which will make gadget freaks jump with joy. Well, the company has launched “Darling”, a phone studded with real diamonds.

It is the first phone in the world to sport a 360-degree camera and has a diamond strip on it. Keeping in mind the customers with low budget, Protruly has launched 2 versions i.e. “Diamond VR Extreme” and “Diamond VR Elite”. While the Extreme comes with a strip of 4 real diamonds, the Elite version is for the low-budget buyers. The best thing is that even though the phone is studded with diamonds, it is cheaper than iPhone 7. Let us have a look at the features!

Darling phones sport a 13 megapixel front camera as well as a 13 megapixel back camera; the handset allows you to take 360 degree videos and photos, which can be shared on Facebook and YouTube. The phone features a 5.5 inch 1080p Full HD display and is powered by a 2.5GHz deca-core Helio X20 MT6797 processor along with 4 GB of RAM. The internal storage capacity is 64 GB, which can be expanded up to 128 GB with the help of a memory card, and is fueled by a huge 3,560 mAh battery. The company claims that the champagne gold metal body of the phones is made up of 3.08 gms pure gold. For security purposes, the company has given a fingerprint sensor and also a thermal sensor, which can sense the temperature of the human body. The platform on which the Darling phones run is Android 6.0 Marshmallow. Moreover, there is a USB-C port for connection purposes.

Here are their features for their 360 cameras:

This is definitely worth a buy, isn’t it? What’s your take on this? Do share in our comments section below.

Trump Effect Has Reached New Zealand Too! Watch How This Man Abused An Innocent Indian!
Girl Was Blamed For Hitting Boy Who Snapped Her Bra. This Is How Her Mom Taught School A Lesson