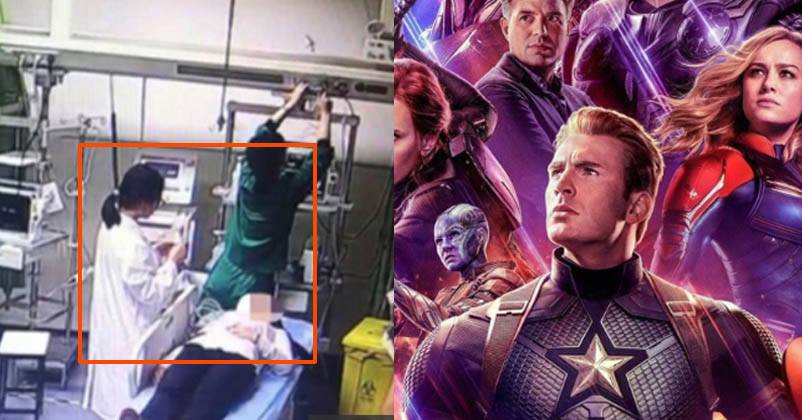 “Avengers: Endgame”, the last movie of the Avengers series, released yesterday and it is not just a visual treat for its fans but an emotional saga as well.

The fans were already a little upset as after this flick, they won’t be able to see many of their superheroes again and after watching the movie, they got even more emotional.

A woman from Ningbo, China, got so emotional after watching “Avengers: Endgame” that it became necessary to admit her in the hospital. The name of woman is Xiaoli and she cried uncontrollably after the movie finished due to which signs of hyperventilation started getting visible in her.

Hyperventilation is a condition in which a person starts breathing fast, exhaling more than inhaling which spoils the balance that is needed for healthy breathing. Xiaoli’s body parts such as hands and feet got numb and she was provided with oxygen to regularise her breathing.

Dr. Yuan Liyan of Mingzhou Hospital of Zhejiang University told China News that the woman was breathing heavily and after analysing what her friends told, they felt that because of too much crying, hyperventilation happened.

The doctor further told that oxygen was given to her to calm her emotions so that the symptoms of hyperventilation could be controlled.

Did you watch the movie? Have you also got emotional?

Fugitive Business Man Nirav Modi’s Bail Has Been Rejected By UK Court
Cops Arrested A Parrot After It Warned Drug Dealers Of The Raid By Yelling ‘Mama, Police’