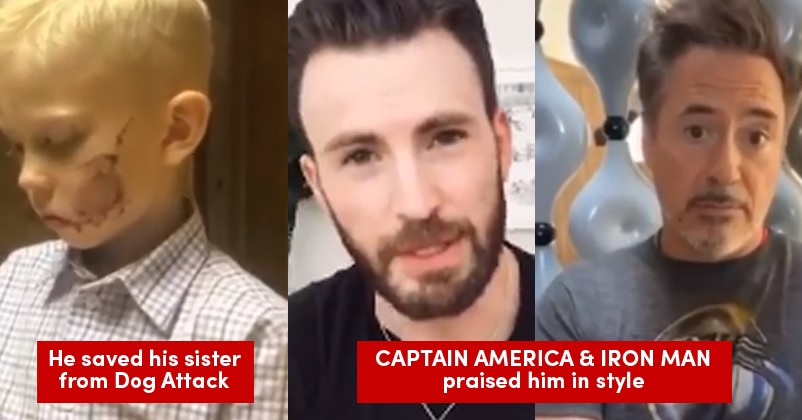 An elder brother is no less than a blessing in disguise and this is particularly true in case of the girl whose 6 years old brother named Bridger saved her from a ferocious dog. Here a noteworthy point is that the boy himself is quite little, i.e., just six, but he didn’t mind putting his life at risk for the sake of his loving sister. 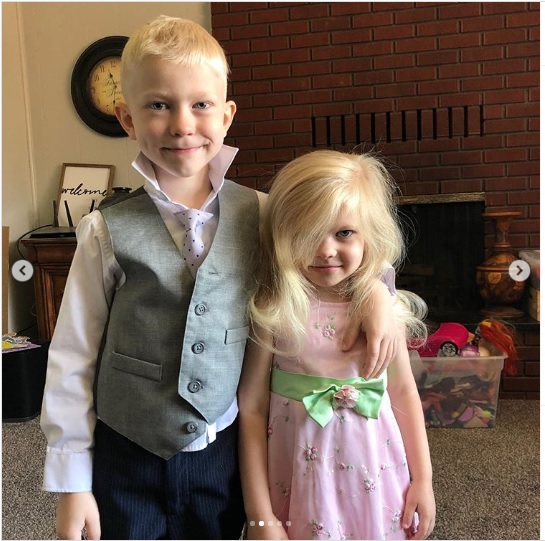 The unpleasant incident took place on July 9 when a dog made attempts to chase and attack the little girl; nevertheless, her brother came in between and got bitten by the dog a number of times on his face and head. No matter how much pain and injuries he had to suffer, he made certain that the dog could not harm his sister. As he got a chance, he ran with her to ensure her safety. Bridger was taken to a specialist plastic surgeon where he got 90 stitches and now he is at home during the recovery stage. 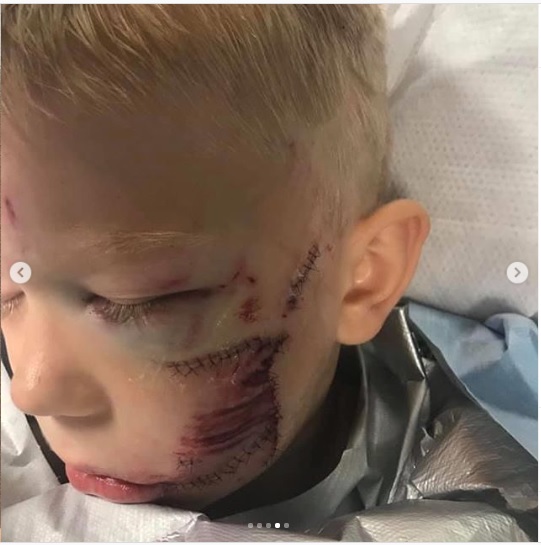 Nikki Walker, the aunt of Bridger, wrote about the whole incident on social media because she wished that her nephew’s favorite Avengers stars motivate him for the valor he has shown. She also urged others to share it as much as possible so that it got much exposure and her nephew’s favorite superheroes could send messages for him. What is highly creditable on the part of the little boy is that when he saw danger on his sister, he thought that if someone had to lose life, it would be he only. Needless to say, even at such a little age, Bridger has proved that he is the real superhero with his courageous act, at least for his sister. 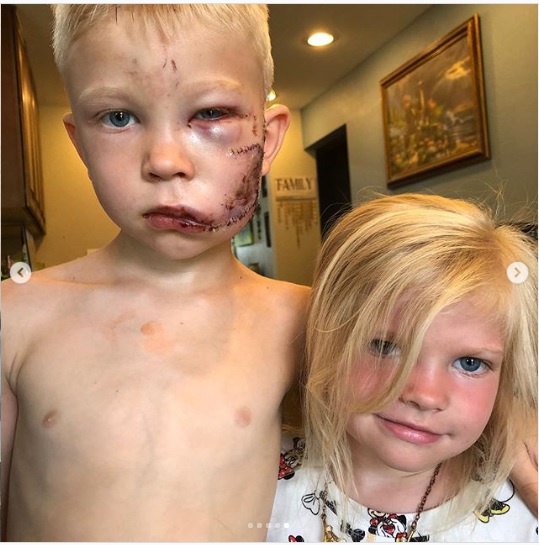 Hey, all. Please, share my nephew’s story so that it gets as much exposure as it can. We know that our little hero would love some words of encouragement from his favorite heroes. On July 9th, my six year old nephew Bridger saved his little sister’s life by standing between her and a charging dog. After getting bit several times on the face and head, he grabbed his sister’s hand and ran with her to keep her safe. He later said, “If someone had to die, I thought it should be me.” After receiving 90 stitches (give or take) from a skilled plastic surgeon, he’s finally resting at home. We love our brave boy and want all the other superheroes to know about this latest hero who joined their ranks. @tomholland2013 @chrishemsworth @robertdowneyjr @markruffalo @prattprattpratt @twhiddleston @chadwickboseman @vindiesel @chrisevans EDIT: I just finished visiting with Bridger at his home. His wounds are looking so much better! He’s in great spirits, and his awesome personality is intact. He can’t smile too widely yet, but he was grinning as I read some of your comments to him. I’d also like to mention here that the dog’s owners are really great people who have been nothing but kind to Bridger and his family. We feel no resentment toward them at all, and—if anything—there’s only been an increase of love between our families as a result of this incident. EDIT 2: Once again we’re blown away by the amazing comments and messages that Bridger’s receiving. I’ve had lots of inquiries about a GoFundMe. Bridger’s family has asked that any one wishing to help out financially can, instead, donate to @mission_22 or @wwp. Bridger is also a huge fan of Science, especially Geology. So I’m going to start a post where people can share with him pictures of cool rocks that they see. EDIT 3: Once again, everyone’s kindness has meant so much to us. I’m trying to get to all of the messages that I can, but it may take some time. For those who have inquired about sending Bridger some rocks, here’s the address to use: Bridger Walker P.O. Box 22141 Cheyenne, WY 82003 #BridgerStrong

There are no words. We are so, so thankful.

Mark Ruffalo who is seen as Hulk on the screen also praised Bridger for his act of bravery. In his lovely message, Mark Ruffalo mentioned that real courage is displayed not in a fight with others but in doing what you feel is correct even though you harm yourself during this. 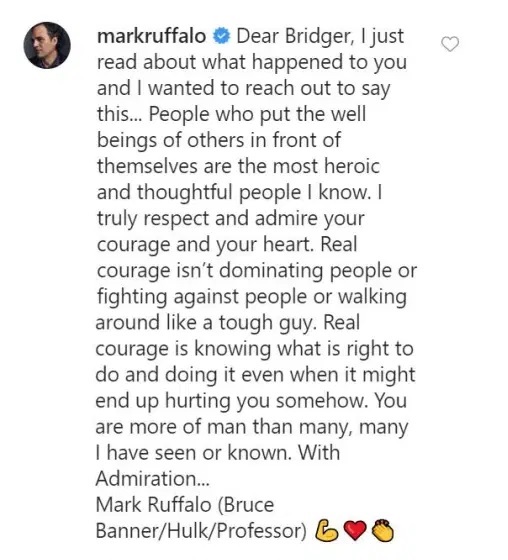 The courageous boy also got the opportunity to talk to Tom Holland or Spiderman on a video call. Apart from showering praises on Bridger, Tom Holland also asked who his favorite Avenger is and this is indeed a co-incident that the boy was watching a Spiderman flick then.

The brave kid got a call from the Iron Man aka Robert Downey Jr. who called Bridger a rockstar. Robert promised to give a surprise to Bridger on his next birthday and he also added that it would be better than the shield promised by Chris Evans.

Nikki posted the video of the conversation on her Instagram handle and she also informed that Bridger’s birthday has been celebrated not so long ago so it will take a while in finding out what the surprise is:

*Plays AC/DC to watch this video.* Thank you to @brandondavisbd for all his help in editing. EDIT: I guess I should mention that we just celebrated Bridger’s birthday not too long ago, so it will be a while before we find out what the surprise is.

Bridger also got messages from other actors who are seen in the characters of superheroes including Grant Gustin, Brie Larson and Robbie Amell.

Nikki Walker has no grudges against the dog’s owner as they behaved nicely with Bridger and his family. In fact, she says that although the incident was frightening, it has brought the two families together.

Kudos to Bridger for his brave act! He is the real superhero!

News Anchor Catches Her Front Tooth That Fell During Live Reporting & Handles Situation Like A Pro
Man Got Pokemon Cards 20 Years Ago, Sold Them Now For Whopping Rs 33 Lakh