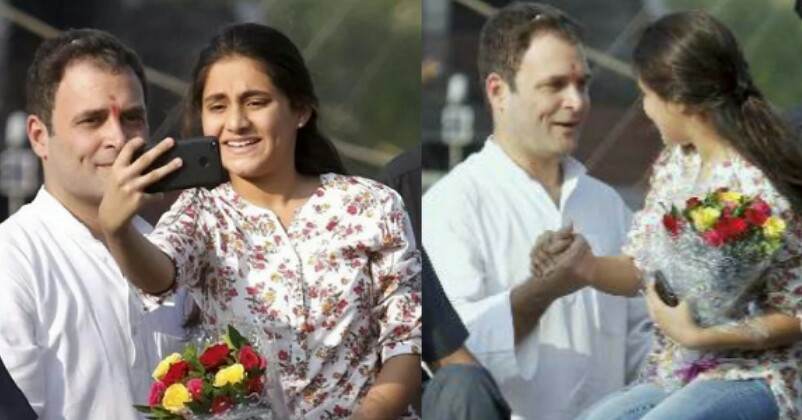 Almost everyone has an idol and for some people, meeting their idol in reality is the biggest dream of their lives. Usually, we have seen people going crazy for movie stars and cricketers in India but there are few who are fans of political leaders as well. The Congress leader Rahul Gandhi also has his fan following and he made the day of one of his fans on Wednesday in Bharuch.

It was definitely a memorable day for Mantasha Sheth’s life as she not only got a chance to meet her idol Rahul Gandhi but she clicked a selfie with him. 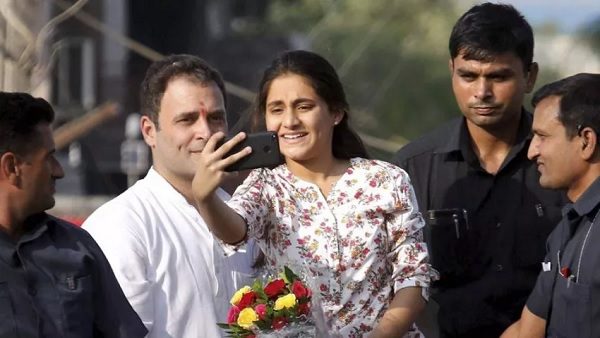 16 years old Mantasha is a student of class 10th in Delhi Public School, Bharuch. But she skipped her school as she wanted to meet her idol Congress Vice-President Rahul Gandhi.

The Congress leader was in the town on Wednesday for a roadshow as Gujarat is going for elections pretty soon.

#WATCH: A girl gets onto Congress Vice President Rahul Gandhi's vehicle during his roadshow in #Gujarat's Bharuch, takes a selfie with him pic.twitter.com/blEnRXS2FK

Mantasha’s father Ibrahim Sheth allowed her to take a leave from school after seeing her excitement and zeal and she first went to Bharuch railway station. She told,

“Rahul Gandhi first noticed me near the railway station. He waved at me and I continued to follow him till the Sheetal Guesthouse where I requested him for a selfie. He readily agreed and even helped me get up his mini-van.”

“It was a dream come true for me.”

When she was questioned about the conversation that she had with Rahul Gandhi, she told,

“I thanked him for accepting my request for selfie and wished him ‘good luck’ for the upcoming Gujarat polls.” 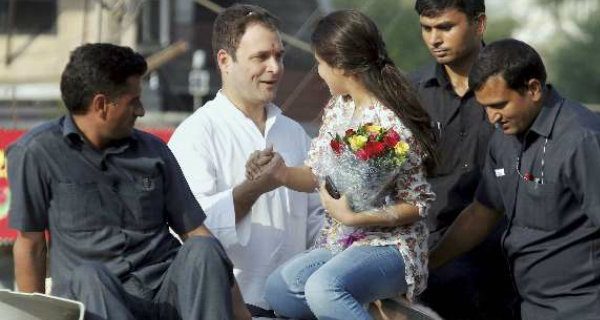 Mantasha comes from a family which has a history of supporting Congress and when she was asked to give her opinion on Rahul Gandhi, she said,

“I like Rahul Gandhi as a politician. I also admire his grandmother Indira Gandhi and have read several books on her including the recent one by Sagarika Ghosh.”

Mantasha, who is a topper in school, has a three years old brother and she wants to become a pilot. She has already become very famous in the town and many channels want to interview her. Her father Ibrahim Sheth said this about her,

“My daughter lived up to her name today. ‘Mantasha’ means ‘one who fulfils all her wishes’ in Arabic. I thank Rahul Gandhi for his magnanimous gesture.”

Twitter hilariously reacted over it and here are few selected tweets:

Practice what you preach:

Chinese youths enjoying after getting a job! Thanks to that girl who took selfie with #Pidi's Rahul pic.twitter.com/jJjw5Lsar4

Whaaat ! Reallly ! Yes that clearly shows that people like them do exists and are not in the endangered list. Congrats

Rahul Gandhi left for Raebareli, leaving his Gujarat visit mid-way after the news of blast at NTPC plant came in.