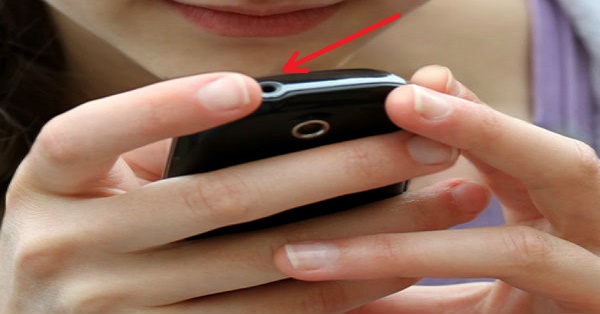 A shocking incident has compelled the parents to think again on the issue of giving cell phones to their kids, who are still studying in schools. In fact, the politicians have also joined the bandwagon and expressed shock on the incident.

It all happened on Friday, in the Class 7th of a CBSE School in Sai Baba Colony, Kovai when a teacher caught the girls, watching adult movie clips on their cells. Teacher while taking lessons, noticed that some beck benchers are creating disorder, so she called them and founded that the girls were hiding cells in their phones and watching adult clips.

Just as she found out that the girls are watching adult clips, she took them to the Principal and the parents were asked to come to school immediately. All the girls had been immediately suspended for a period of one week. Later, they made an apology as well as submitted it in black and white stating that this kind of mistake would never happen again.

This incident has shocked the parents and now they are sorry for their decision of giving cells to their kids. Ishaa, whose daughter studies in class 9th express her regret in these words, “I am having lot of clashes with my daughter every time only due to this distracting device? I am not able to control her and she is always with her phone chatting or doing something or the other. The Internet has made things more difficult in a way. I strongly feel children should only be given cell phones after plus two. In schools, they should use the phone of their parents to make calls. Things were better when there were no cell phones.”

The politicians are also getting involved in the issue. Deccan Chronicle was told by the District Secretary of MDMK, R. R. Mohan Kumar, “This is a shocking and agonising incident and I do not understand where Tamil Nadu is heading? The morals and values have taken the back seat. Incidents like students watching p*rnography and consuming alcohol have become regular issues to talk about.”

He went on to say that the government of Tamil Nadu has issued guidelines long back that students should not be allowed to bring cell phones or two-wheelers in school. He asks how many schools are really following the guidelines, he also held parents guilty as they are not strict with their kids, even for their good. He feels that college going students should also use public transport as this will decrease the number of youth injured or dying in the accident cases in the city.

Mother Of All The Philanthropies ~ Azim Premji Donates Rs. 53284 Crores Towards Charity!!
You Can’t Miss To Check Out This Review Of Baahubali