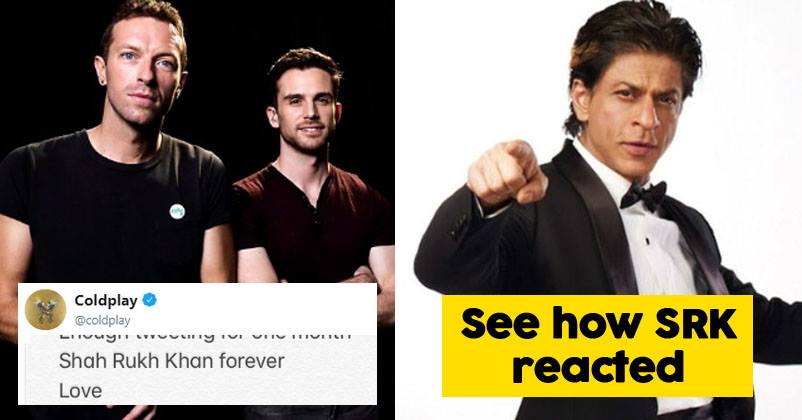 We all are very much aware of our Bollywood Badshah, Shah Rukh Khan’s far reaching super stardom. He has fans not only in the country but all over the world. Now, even Chris Martin, lead singer and frontman of Coldplay added himself to Shah Rukh Khan’s list of fans.

Chris Martin took to Twitter to openly declare his love and admiration for the actor. He mentioned Shah Rukh Khan in his latest Tweet and people are loosing over it. Earlier also Hollywood stars like Leonardo Di Caprio, Akon, Brad Pitt and Hugh Jackman admitted how huge fan they are of our King Khan. 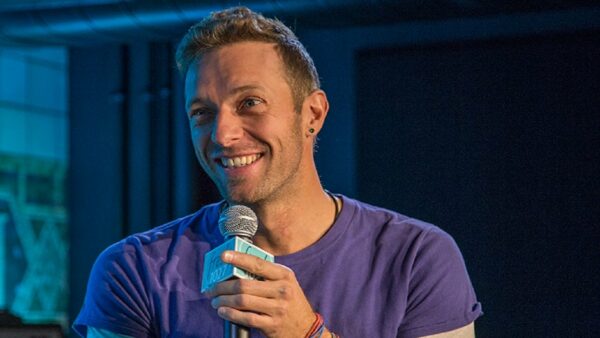 Although we never saw our superstar getting involved in any Hollywood projects but his fanbase extends far and wide. He has gained prominence over the years because of his dedication and hard work. So it was not very surprising to see Chris Martin expressing his love with this Tweet.

When, SRK fans were going crazy and was eagerly waiting for our King Khan’s reply, he responded with a tweet which won hearts all over. Here is how he responded.

Will surely listen to the the music u are listening to my man. Will send u some Indian music too. Love to you & health and life Forever and more to you https://t.co/iAmPIb6sa7

Recently as we all know Coldplay performed at the pre wedding bash of Akash Ambani and Shloka Mehta in Switzerland. Bollywood stars like Ranbir Kapoor, Karan Johar, Alia Bhat, Shah Rukh Khan and Amir Khan could be seen shaking their legs to the hit songs of Coldplay.

But, this is not their first acquaintance. In 2016 Shah Rukh Khan himself hosted a grand after party for Chris Martin and his other band members after they performed at the Global Citizen Festival in India.

Even fans were ecstatic to see their adorable exchange on Twitter.

Shah Rukh Khan – name is enough to fall heavier than anything at any corner of the world, Literally. Felt extremely proud and overwhelmed seeing his tweet & been happier seeing you replying it. Feels so good, and refreshing. You must have been very good friends during the wedding pic.twitter.com/eHAz8l2Ixk

I am quite a dumb as I have almost zero interest & knowledge in the western and international entertainment; So I had never heard Coldplay's name till you had introduced them in their concert in India🙈Mere liye bahar ke duniya ke kadi ho ap Jaan, You are my world, my everything pic.twitter.com/uiT0Z6zoat

THE BIGGEST MOVIE STAR ON THE PLANET – SHAH RUKH KHAN 😎❤️ Love u Baadshah 😘😘😘😘😘 Have a great sunny day in London my King!!!

Ops Khan reply to this… amazing
Right now @coldplay is the happiest person in this earth❤❤❤❤ pic.twitter.com/i8J7b33o2c