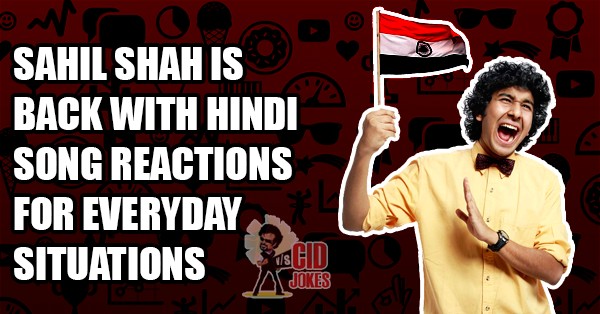 From the Makers Of Famous Comedy Portal ‘East India Comedy’Comedian Sahil Shah Is Now Back with Hindi Song Reactions for Everyday Situations.. He Is Hilarious And Basically He is Interested in Nothing Other Than Just Joking And Poking , Being a Stand – Up Comedian first thing he always loves to do once he is set-up out on stage is to Keep Self – Respect away & Believe me This has Taken him to New Heights.. One of the Best Stand-Up Comedians he is far way more better than Sajid Khan Films or Tweets from KRK.. Look at This ! ”

” You must be able to laugh at yourself to make others laugh ” He says ! Be it a Youtube Video or A Show Event he”ll never forget to Take Crowd’s Attention towards him through Cracking Hilarious Jokes & Puns or Making Funny & Awkward Gestures ! And yes, this is all what Takes a Comedian to shine out among his Fans and Media.