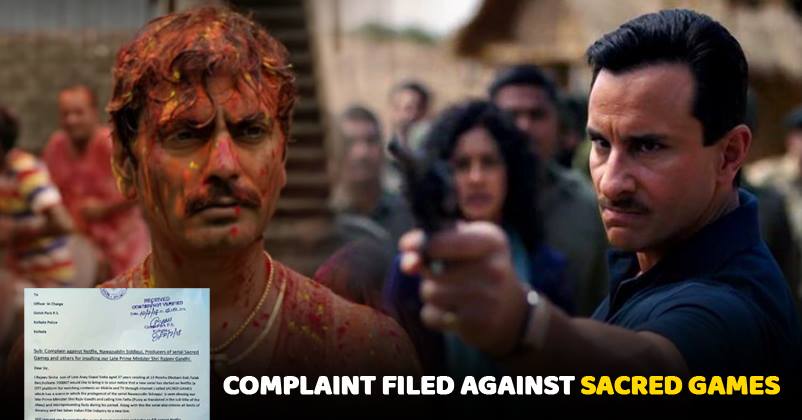 The web series of 8 episodes is getting great love from people for its unapologetic content. But at the same time, it has also found itself in a controversy.

A Congress member from West Bengal has filed a complaint against Nawazuddin Siddiqui and Netflix for insulting late Prime Minister Rajiv Gandhi.

As per NDTV, Rajiv Sinha, in his letter to the Kolkata Police said that Nawazuddin as Ganesh Gaitonde “abused our late Prime Minister Rajiv Gandhi calling him fattu, which translated as pu*** in the subtitle”. He also accused the makers of the show of “misrepresenting facts during his regime”. Have a look at the complaint- 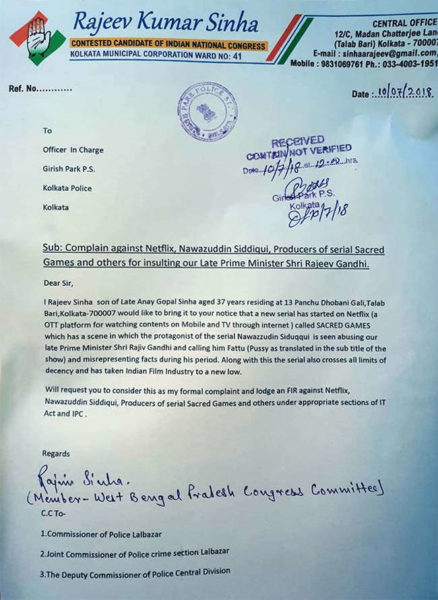 Reportedly a dialogue by Nawazuddin Siddiqui in the fourth episode has angered Rajiv Sinha. In the dialogue, the character played by Nawazuddin accuses Mr Gandhi of playing politics in Shah Bano’s triple talaq case.

He says, “… Shah Bano ko alag jalaya, desh ko alag. She took her husband to court and won. But the prime minister told her to shut up and overturned the court’s judgement. Even Hindus criticised him. To please them, Ramayan, the TV show, aired every Sunday morning when the entire country glued to their televisions.”

The officer in charge at Kolkata’s Girish Park police station has accepted the complaint which is yet to be verified.

Sonali Chopped Off Her Hair Too Short Due To Cancer. See Her Transformation
Who Is Anushka Sharma In Sanjay Dutt’s Biopic? Any Guesses?