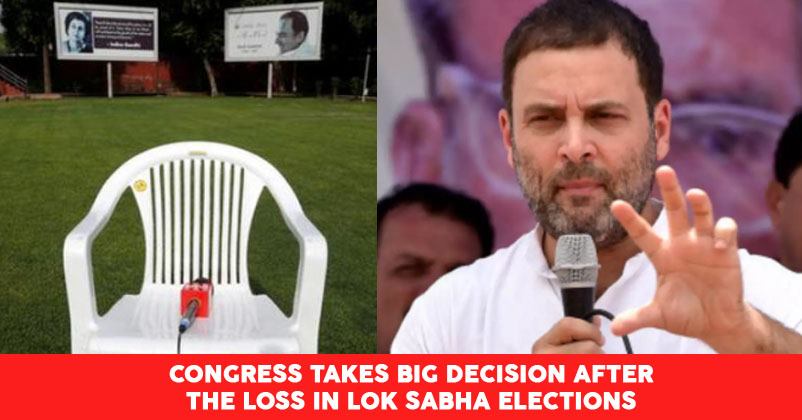 Indian National Congress is boycotting all media channels for a month. The party has decided not to send its representatives on any news channel debates.

Randeep Singh Surjewala, Congress communications in-charge tweeted, “Congress has decided to not send spokespersons on television debates for a month.
All media channels/editors are requested to not place Congress representatives on their shows.”

.@INCIndia has decided to not send spokespersons on television debates for a month.

All media channels/editors are requested to not place Congress representatives on their shows.

The high authorities of the party took this decision after a massive loss in 2019 Lok Sabha elections. Congress only managed to win only 52 seats in the lower House and since then the party’s leadership is being questioned.

Rahul Gandhi even resigned from his post of Party President but the senior politicians and supporters are not in the favor of Rahul’s decision. Reportedly the party rejected his resignation and asked him to withdraw his declaration.

Pradesh Congress Committee general secretary of Telangana, Bollu Kishan announced that he would go on indefinite fast if Rahul does not withdraw his resignation. Delhi Congress president Sheila Dikshit also urged him to change his decision of quitting from the post.

But it seems like Rahul Gandhi is quite certain of his decision as he called it “non-negotiable”.