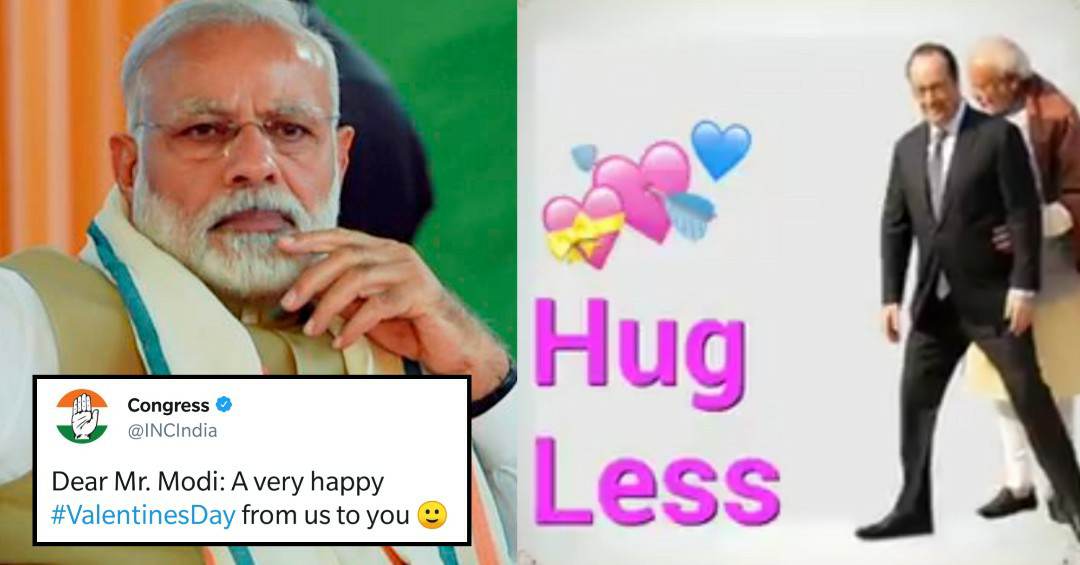 Congress and BJP always engage in war of words and both the parties are using social media as a medium to take dig at each other.

Congress didn’t miss the chance to use the Valentine’s Day as a weapon against Narendra Modi. Its Twitter handle shared a love-filled video message for PM Modi in which it asked PM to “hug less, work more” and “spread love, not jumlas”. It also asked PM Modi to make promises which can be fulfilled and to have a break-up with hatred.

Congress shared the video with caption, “Dear Mr. Modi: A very happy #ValentinesDay from us to you 🙂”

Dear Mr. Modi: A very happy #ValentinesDay from us to you 🙂 pic.twitter.com/WrYKnN7iBc

Rahul Gandhi has already said that he and his party will answer all the hate and criticism with love and it seems that they have taken it quite literally.

It will be quite interesting to see how BJP will react on this matter, especially PM Modi himself as who can forgot the Ramayana jibe taken by him at Renuka Chowdhury when she was laughing during his speech at the parliament.

Twitter had a mixed reaction over this and while few supported the Congress party for this, several other have trolled it.

Here are the tweets in support:

Check out the trolling tweets:

What do you have to say about the trolling video? Let us know your views.