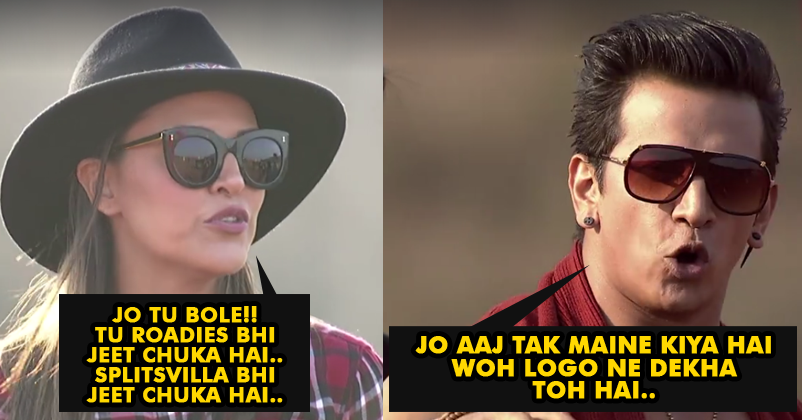 Roadies and controversies seem to be inseparable; after all, reality shows are all about that. Whenever someone talks of Roadies, we can immediately feel that aggressiveness and misbehavior, right?

Verbal spats are very common, and in today’s episode we are going to see one between Neha Dhupia and Prince Narula. Prince is such a contestant who just can’t hear or tolerate wrong things; he speaks up whatever comes to his mind but sometimes, he is too harsh. The promo of the episode is out and in this, you can see how Neha tries messing up with him, on which he hits back at her rudely.

What happens is that Neha takes a dig at Prince and says that his gang should lose; not only this, she even infuriates him by saying that he has already been a winner of “Roadies” and “Splitsvilla” and so, it shouldn’t make any difference to him.

On hearing this, Prince’s blood starts boiling and he shuts her mouth with a hard-hitting reply. Prince says, “Jo aaj tak maine kiya, vo logon ne dekha toh hai”. Ranvijay tried intervening but of no use!

Watch the video and see how Prince insulted Neha;

Prince Narula is known for his arrogance and today, we’ll get to see one more example of it. Whom do you support?

Priyanka Looks Smoking Hot In Her Latest Photoshoot On The Beach! Her Sizzling Pics Will Melt You!
SS Rajamouli Will Work With Rajinikanth Only If This Condition Is Met! Check It Out!