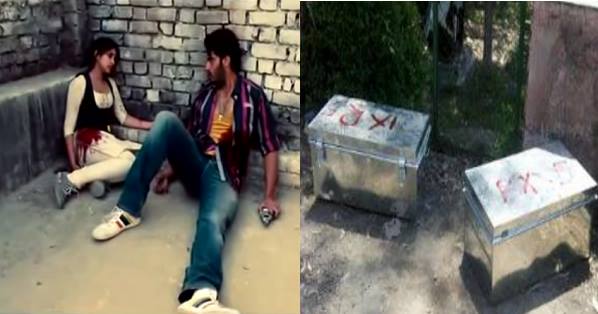 Honour killing is one of the most prominent problems in India like corruption, rape, murder, theft, terrorism and so on. However, not much attention is paid by people on this or rather they are not as strict towards the issue as they should be. This may be for the reason that many support this justice from within but whatsoever, THIS IS WRONG!

In recent years, we have seen a number of cases related to honour killing and what’s extremely disgraceful about it is that couples were killed for they committed a beautiful mistake called ‘love’. Can anyone hate a person because he or she is in love with someone? How disgusting! And that too, in the name of cast and religion! Is their society and reputation bigger and more important than their children?

Well, India is India and folks do not seem to improve their mentality. For the same, we can see one more case of honour killing that took place in Haryana where terribly damaged bodies are discovered inside trunks. The incident was revealed with the discovery of corpses close to a park on 6th April in Sonipat’s Bahalgarh village.

Earlier, no villager could dare to open the trunks but police was informed of it so when they came and opened them, everyone got shocked seeing dead bodies. It is believed that this must be a case of honour killing; however, victims could not be identified yet because bodies have been awfully smashed so as not to be recognized.

What make it appear to be an honour killing case are missing clothes from the body of the girl and severity of the guy’s feet. Nevertheless, it’s not very shocking in Haryana, as these cases might have been occurring on a regular basis. Whatever, police has registered a case as well as began investigation to reach the real culprit.

Breaking News – Soon You Will Have To Pay For Using Google, Facebook, And YouTube
A Customer Asks For A Hindu Driver, The Reply Ola Cabs Gave Demands Respect