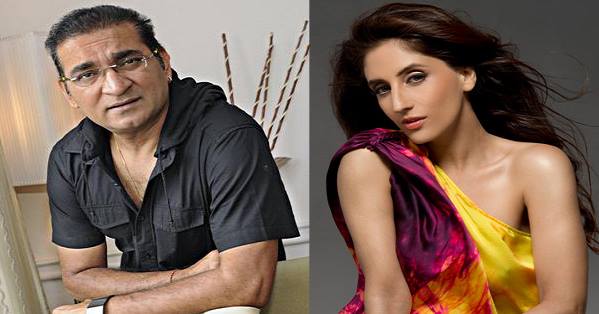 Bollywood actor Salman’s hit and run conviction is the major headline in all the news channels as well as over the Internet which seems to be flooded with only Bhaijaan’s updates for a couple of days. At the same time, people along with celebrities are openly reacting in relation to the issue. There would be hardly anyone who is not aware of Abhijeet Bhattacharya’s tweet regarding Salman’s conviction. For the same, it was directed by a district court on May 9, 2015 to file a case against Farha Ali Khan, jewellery designer and Abhijeet, Bollywood singer because of their comments on the subject of those who sleep on roadside.

Ram Chandra Prasad, Additional Chief Judicial Magistrate, gave orders of lodging a case against these 2 famous personnel in the light of an FIR registered by Sudhir Kumar Ojha, a lawyer. The case is to be filed under many offences incorporating aggravation with the intention of giving rise to riots in addition to raise hostility among several groups.

As far as selection of Kazi Mohammadpur police station is concerned, it was on the word of the accuser. The FIR is to be lodged under IPC sections 506 (punishment for criminal intimidation), 153-A (promoting enmity between different groups and doing acts prejudicial to maintenance of harmony), 153 (wantonly giving provocation with intent to cause riot) and 504 (intentional insult with intent to provoke breach of the peace).

The petitioner’s claims are that “derogatory” comments made by Abhijeet have hurt him.

On May 6, the singer tweeted, “Come out fraternity, support @BeingSalmanKhan boldly not hypocriticly Roads footpath r not meant 4 sleeping, not driver’s or alcohol’s fault (sic).”

In another tweet, he stated, “Roads are meant for cars and dogs not for people sleeping on them.”

Besides Abhijeet, Farah Ali Khan, jewellery designer as well as a friend of Sallu too came forward and blamed people living on the streets for all the trouble Salman is facing by means of remarks, such as footpaths aren’t meant to sleep.

Let’s take a look at what they tweeted:

And maybe we need to earmark roads where the homeless can sleep peacefully without the fear of being run over, roads that are bylanes

Look at this pic.Don't you all feel sorry for the plight of these pavement dwellers whose life is at risk evry night https://t.co/QnRGetBPA1

My intentions are clean &as long as God knows that I never said anything to mock poor homeless ppl that's all that matters. I rest my case.

Meet This Hit And Run Survivor Who Would Change Perception Of Salman’s Fans
“Shame On You Salman Khan For All Your Being Human Bhaigiri,” Says Sreemoyee