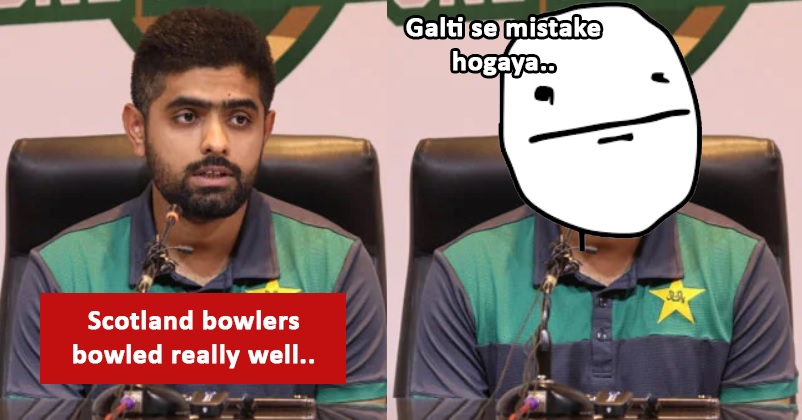 The Pakistani cricket team has been performing quite well under the leadership of Babar Azam and recently it whitewashed the 3-match ODI series against Netherlands. The third and the final match of the series was played yesterday at Hazelaarweg Stadium, Rotterdam and the visitors won it by 9 runs; however, the hosts tried their best and put up a brave fight. 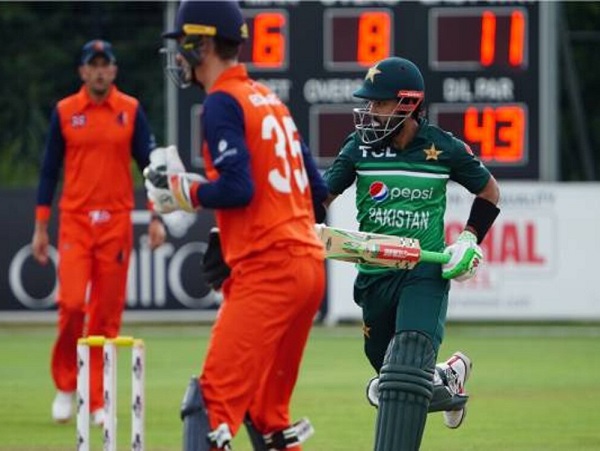 Babar Azam was terrific with bat throughout the series and in yesterday’s match, he registered his third consecutive fifty of the series as he scored 91 (125 balls, 7 fours & 2 sixes) and this innings is more special because the wickets were falling regularly on the other side. However, what got more attention was the fumble that Babar Azam made during the post-match presentation, while praising the Netherlands bowlers for their superb performance, Azam mistakenly called them Scotland bowlers.

Babar Azam was also very happy with his bowlers Naseem Shah and Mohammad Wasim Jr. who took 9 wickets in combine and helped their team in winning the match in the low scoring game. Babar Azam stated that they wanted to give youngsters a chance in the third match as they had already won the series. He also said that the wicket was quite slow and they were short of runs as well. 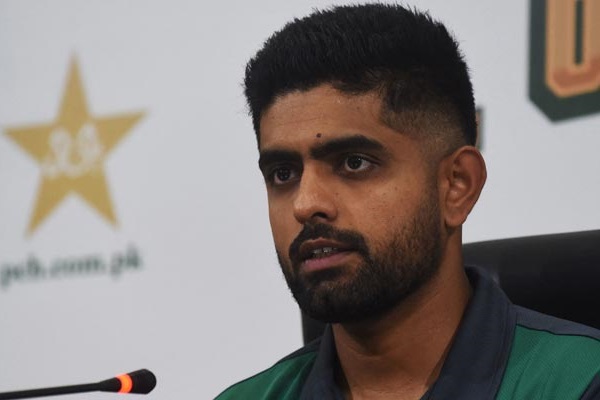 Here is the recording of the post-match presentation in which you can hear Babar Azam referring to Netherlands bowlers as Scotland bowlers:

As far as the match is concerned, the toss was won by the visitors and they decided to bat first. The Netherlands bowlers were quite superb as they took wickets on regular intervals and the Pakistan team got all out on 206 with 2 balls remaining in its innings. In response, Netherlands put up a good fight as Vikramjit Singh (50 runs, 85 balls, 7 fours) and Tom Cooper (62 runs, 105 balls, 4 fours) played brilliant knocks but the whole team could manage only 197 in 49.2 overs.

Now Pakistan will meet India in the Asia Cup 2022 on 28th August and it won’t be wrong to say that excitement is all time high as while India will be looking forward to take revenge of the T20 World Cup 2021, the Pakistanis will try to prove themselves superior again.

Dhanashree Breaks Silence On Rift Rumours, Says “It Was Hateful, Hurtful To Hear All Of That”
“Gabbar Be Like- Ye Jersey Mujhe De De Thakur,” Fans React As Dhawan Wears Shardul’s Jersey