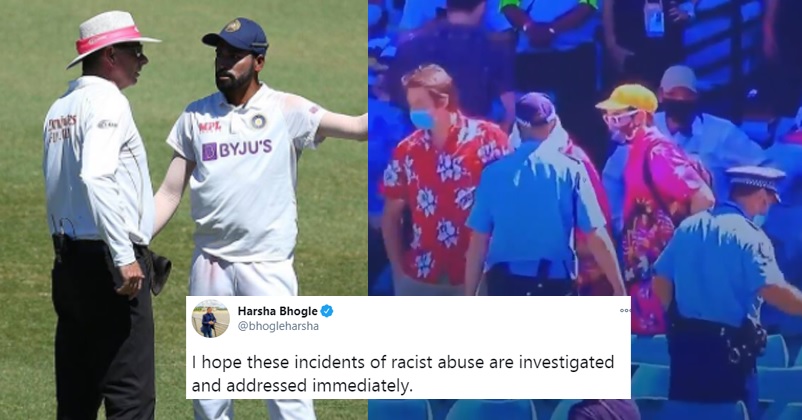 The third test match which is being played at Sydney between India and Australia has reached at a crucial situation with India needing 309 runs to win the match with one day game remaining. At the end of the day 4, India was 98/2 with Ajinkya Rahane and Cheteshwar Pujara at the crease. 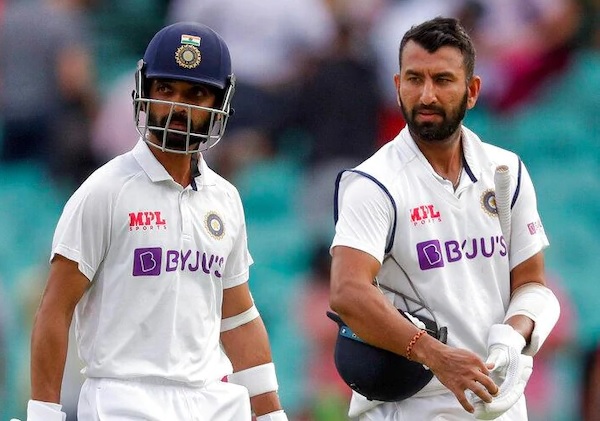 Both the players informed the skipper about the incident and then the skipper along with senior players had a chat with the on-field umpires. This happened just few minutes before the end of the day 3 and the Indian management lodged an official complaint with the Cricket Australia in regard to this matter. It is being said the International Cricket Council has also taken the matter into consideration and it will soon take an action in this regard. 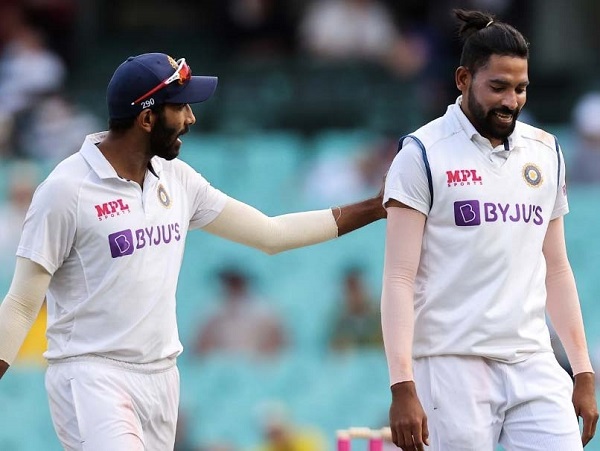 Things turned uglier when a similar sort of incident happened on the day 4 as well and Mohammed Siraj was not only racially abused but he was targeted with abusive words as well. It happened in the second session of the game when Mohammed Siraj was fielding at the fine leg boundary. Siraj and the skipper Ajinkya Rahane had a good talk with the on-field umpires and Siraj also pointed towards those people who spoke the words. Six people were taken out from the stadium by the New South Wales Police.

Here you can watch what happened:

Hope it’s not crowd trouble again. Siraj again has walked down and complained to the umpires about something that has happened in the same area behind him as yesterday #AUSvIND pic.twitter.com/MbC8Im85Fe

It happened again @bhogleharsha , they need to take strict action or boycott series! They need to ashamed of it @CricketAus @ICC @BCCI #INDvsAUS pic.twitter.com/wwUefkIpDv

Some former Aussie cricketers such as Michael Hussey and Shane Warne have also condemned the incident and called it disgusting on the part of the troublemakers. Some former Indian cricketers and people from cricket fraternity took to Twitter to express their annoyance:

Tum karo toh Sarcasm , aur koi Kare toh Racism .
Very unfortunate with what some of the Australian crowd has been doing at the SCG and spoiling the vibes of a good test series. pic.twitter.com/mrDTbX4t7i

I hope these incidents of racist abuse are investigated and addressed immediately. Apparently it isn't difficult to find out who these idiots were. Expecting a quick resolution because that is what Cricket Australia would want too.

I hope the spectators evicted from the SCG today aren't allowed in to a ground at anytime. They tarnish our sport and they tarnish the reputation of their society.

Very unfortunate to see what’s happening at SCG. There is no place for this rubbish. Never understood the need to yell abuse at players on a sporting field.. If you’re not here to watch the game and can’t be respectful, then pls don’t come and spoil the atmosphere. #AUSvIND

Com’on spectators, we can all do better. The game of cricket is about celebrating EVERYONE and not abusing. #Unacceptable
P.s. Getting to watch cricket live from the stadium is a privilege in these difficult times, honour it.

Here are some reactions from the Indian cricket lovers:

Bumrah and Siraj are their threat ( at Gabba) and they are playing mentally with them.

Not surprising as they know that India chances without their top bowlers (injured) and in Gabba Ashwin too will not be effective.#AUSvIND

boycott this test series now itself

Indian team should not play this test now

Extremely upsetting news coming in from the SCG. Living in the 21st century and with all the racial protests recently all these things shouldn’t pe a part of this beautiful game. Thoroughly check and punish the culprits !! #INDvAUS #bumrah #Siraj #SydneyTest pic.twitter.com/K5N83CNn2g

Our advice to bumrah and siraj
tomorrow morning what to do with australian batsman
especially smith and labu 😡😡😡😡😡 pic.twitter.com/xHNP98II53

Shameful and Unacceptable act of racism by Aussies.. If you have 🎾🎾 abuse in front of @imVkohli #INDvAUS #Siraj #bumrah pic.twitter.com/tT26UV5AUQ

Had King Kohli been there…he would have shown Aussies thier real standards like this when they abused siraj and bumrah…
That's not arrogance that's answering in thier own language
But haters can still hate him.. doesn't really matter
❤️❤️ @imVkohli pic.twitter.com/rnkPjLreog

Missing his batting and the heart of lion who knows how to reply them in their own language. India needs to give Aussies the taste of their own medicine. @imVkohli #virat #kohli #AUSvIND #INDvsAUSTest #Jadeja #Bumrah #Siraj pic.twitter.com/m23oZMvSzl

#bumrah #Siraj
Jasprit Bumrah and Mohammed Siraj were racially abused by Australian fans at SCG. IF Virat was there pic.twitter.com/qv1WCMKktC

The same cricket ground (SCG) at which the Indian players took the barefoot in support of anti-racism movement are being targeted by racist remarks . @CricketAus and @ICC should take strict action against those people .we stand with #bumrah and #Siraj #INDvsAUS pic.twitter.com/hYEoNPLajk

Racial abuse is completely unacceptable and we also demand that all those who are involved in this incident should be dealt in a strict manner.

Tim Paine Lost His Cool After The Bat-Pad Appeal For Pujara Turned Down By On-Field Umpire
“I Have To Bat In The Manner I Know To Bat,” Pujara Responds To Criticism On His Slow Batting