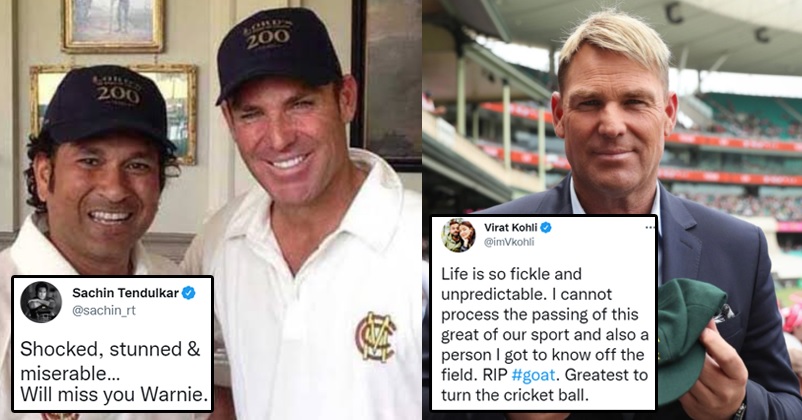 The whole cricket world and the cricket fans are in a state of shock after they came to know that their favourite cricketer Shane Warne departed from the world at the age of 52 due to suspected heart attack. The Australian leg spinner would always be considered as one of the greatest bowlers of all times who played international cricket from 1992 till 2007. 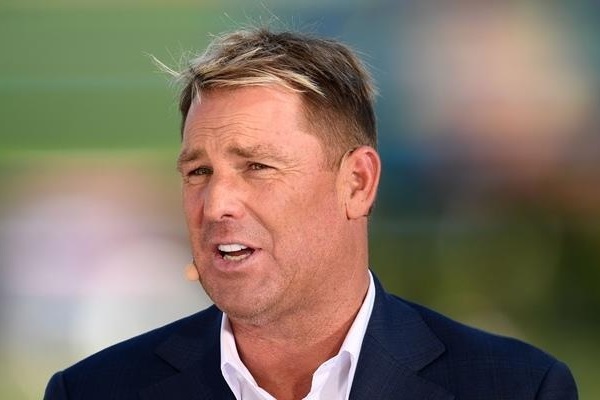 Shane Warne played 145 test matches and 194 ODIs for his country in which he took 708 and 293 wickets, respectively. He gave many match winning performances for his Australian team and apart from this, he led the IPL team Rajasthan Royals and played an important role in their IPL 2008 title win.

As per the reports, Shane Warne was watching the first test match between Australia and Pakistan, which is being played at Rawalpindi Cricket Stadium, in his villa in Thailand’s Koh Samui where he was found unresponsive. This sad incident took place just a day after the departure of former Australian cricketer Rod Marsh and in the last tweet that Shane Warne made, he paid tribute to Rod Marsh.

Warnie wrote, “Sad to hear the news that Rod Marsh has passed. He was a legend of our great game & an inspiration to so many young boys & girls. Rod cared deeply about cricket & gave so much-especially to Australia & England players. Sending lots & lots of love to Ros & the family. RIP mate”.

Sad to hear the news that Rod Marsh has passed. He was a legend of our great game & an inspiration to so many young boys & girls. Rod cared deeply about cricket & gave so much-especially to Australia & England players. Sending lots & lots of love to Ros & the family. RIP mate❤️

The cricketers from all over the world paid heartfelt tribute to Shane Warne:

Life is so fickle and unpredictable. I cannot process the passing of this great of our sport and also a person I got to know off the field. RIP #goat. Greatest to turn the cricket ball. pic.twitter.com/YtOkiBM53q

I’m truly lost for words here, this is extremely sad. An absolute legend and champion of our game has left us. RIP Shane Warne….still can’t believe it

Absolutely shocked to hear about Shane Warne. A terrific statesman of our game. May God bless his soul and my condolences to his loved ones. 🙏🏻

I am in agony. Grief. And have no words. I was lucky enough to know him well. The magic will stay forever. #ShaneWarne #GreatestOfHisKind. In disbelief.

I am shocked and extremely sad to hear about the sudden death of my friend Warnie… he has always been in touch and always helpful.. apart from an iconic bowler he was a great entertainer… my condolences to the family and friends .. rest in peace my friend .

Find it hard to believe. Such a devastating loss for the cricket world. He literally inspired generations with his magical leg spin. You'll forever be missed #ShaneWarne. My heart and prayers goes to his family, friends, and fans. #legend pic.twitter.com/pigrD785gC

A lot of cricket has died with you today Warnie! #RIPShaneWarne

One of the greatest in our generation!!Shocked and sad to hear the news. RIP Shane 🙏🏻 pic.twitter.com/DgSfUnriyg

Hard to put this into words. I first met him when I was 15 at the Academy. He gave me my nickname.

We were teammates for more than a decade, riding all the highs and lows together.

Through it all he was someone you could always count on, someone who loved his family… pic.twitter.com/KIvo7s9Ogp

Shane Warne is quite popular among Indians as well because Indians are passionate about cricket and they adore great cricketers irrespective of their nationality. Indians started loving Shane Warne more when he led Rajasthan Royals in the IPL 2008 and RR won the trophy despite the fact that there were other teams which had star-studded line-up and RR comprised of young and inexperienced but talented players. 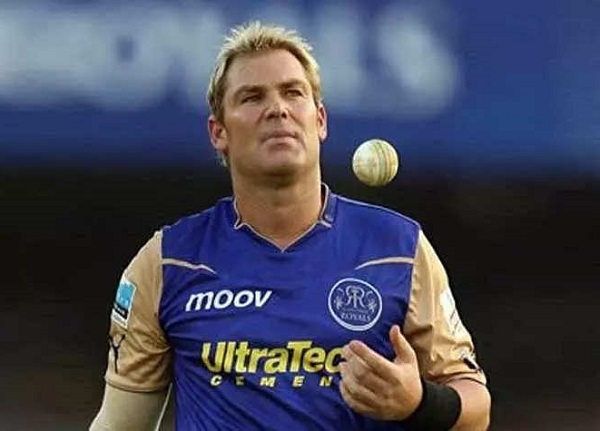 RR also made an emotional tweet after Indian cricketer Ravindra Jadeja scored a century in the first test match between India and Sri Lanka which is being played at Mohali. RR wrote, “100* off 160. Rockstar Jadeja. You’ve made him proud.”

Shane Warne and Ravindra Jadeja used to play together for Rajasthan Royals in the inaugural edition of the IPL and it was Warne who nicknamed Jadeja as Rockstar. Earlier Rajasthan Royals also paid tribute to their first skipper under whose leadership they won the IPL 2008 and wrote in the statement that he would always be their captain:

RIP Warnie! You will always be missed!