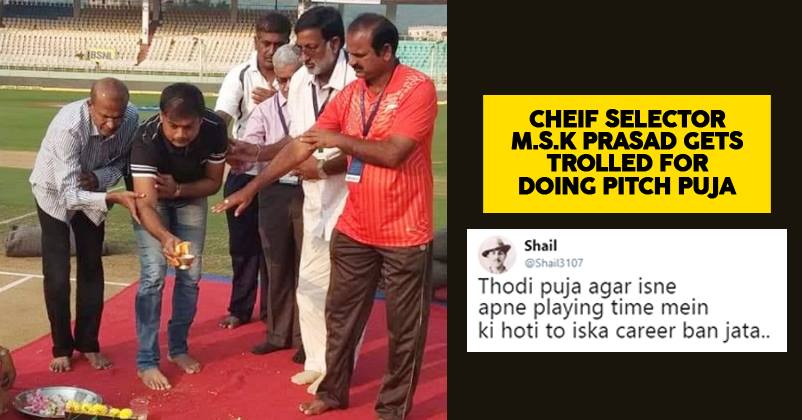 Majority of the Indians are spiritual and performing prayers to God before the start of any work is a custom in our country but have you heard about “Pitch Puja”?

The West Indian cricket team is on a tour to India nowadays and presently both the teams are playing ODI series while India has already won the test match series comfortably. The Indian team is a talented group of players who can defeat any team in the world but the chairman of selection committee M.S.K. Prasad along with pitch curator and other officials was found performing “Pitch Puja” before the match on Wednesday. 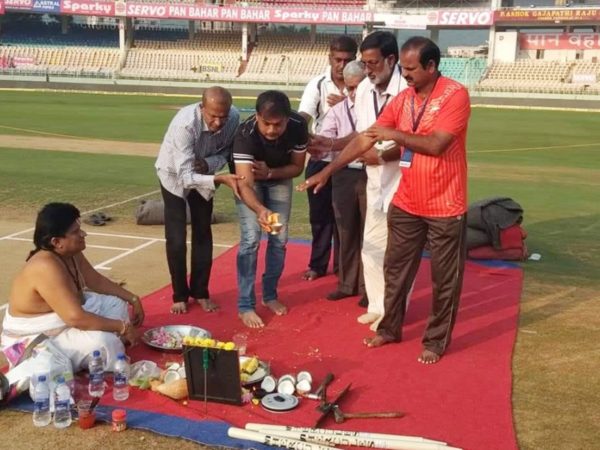 The prayers were offered in order to ensure that India wins the match against West Indies but this act has not gone well with other officials and the Indian cricket fans.

A BCCI match referee said that such prayers are performed by some curators at the beginning of the season but they are rarely done on the day of the match. He stated that it is not correct and should not have been done as it is related to an international match.

Former cricket player from Andhra Pradesh and ACA/VDCA official G.J.J. Raju also slammed Prasad for bringing religion into game. He went on to call Prasad a “cricket illiterate” and said that defeat or victory in the game depends on the skills of the players and not on any superstition.

Social media users also didn’t like M.S.K. Prasad performing puja on the pitch and they trolled him mercilessly. Here are some reactions:

This country has indeed been set backwards a few decades at least.

Why we need good players to win? If we can win by pitch pooja then just select Jr players and play.

Is that the reason we didn't do well in England recently 😂😂😂😂

Play your game! Why all these dramas!

MSK Prasad performed pitch puja to ensure India wins against West Indies.
Next he'll perform Frog Marriage in Australia during a troubled test match so that it rains and match gets drawn

Stupid idiots. Rely on talent to beat opposition, not this hocus-pocus. An insult to the hardworking players like kohli & dhoni. And some ppl justifying this in the name of our ‘culture’ – no this is plain stupid superstition, not a thing of ‘tradition’ https://t.co/6zAhHihpls

Disha Patani Spotted With A Mystery Man Outside A Salon. See Their Pics
Great News For Sunil Grover’s Fans; He Is All Set To Make A Comeback On TV With A New Comedy Show