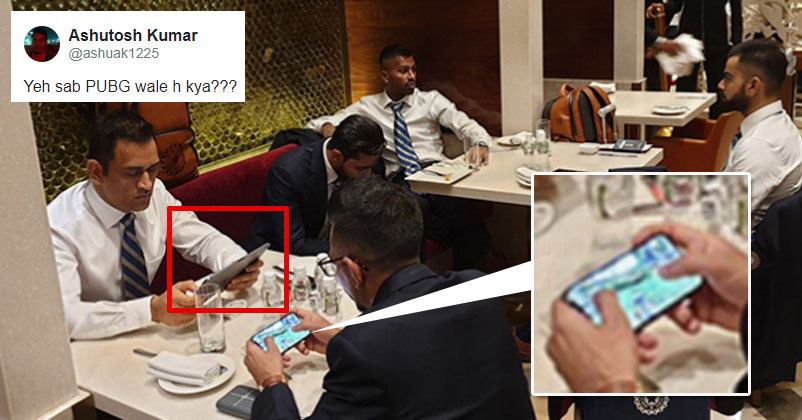 PlayerUnknown’s BattleGrounds is an online multiplayer game developed and published by PUBG Corporation. It is one of the most played online game in the world at the moment and it is played by almost all age groups. Recently few pictures of Indian cricket team at the Mumbai airport lounge released. The players were waiting in the longe before taking off to England for the world cup championship.

In the pictures, some players were seen engaged in the highly addictive game PUBG on their phones and tablets. And as soon as the photos surfaced, internet users can’t help themselves from reacting and some of them asked Dhoni his PUBG username. Mohammed Shami, Bhuvneshwar Kumar, and Yuzvendra Chahal were other players who were busy playing the battle royale game.

Before # WORLD CUP, Another world cup (PUBG) is going on . #BEST OF LUCK TEAM INDIA pic.twitter.com/5QPkFqm4uu

All The Best Team India🇮🇳!! Btw @yuzi_chahal and Mahi can you tell us your PUBG acc name😜😂?! pic.twitter.com/kBwwXOfHin

& once you are back, why not go for PUBG Championship.
I mean we have a squad in our cricket team. Mr MS Dhoni, Shami, Bhuvi and Chahal. That is a great squad already. What say?
@BCCI @PUBGMOBILE pic.twitter.com/klmHtrfIea

We wish team India for the real battle on the ground, ICC Cricket World Cup which starts from May 30.