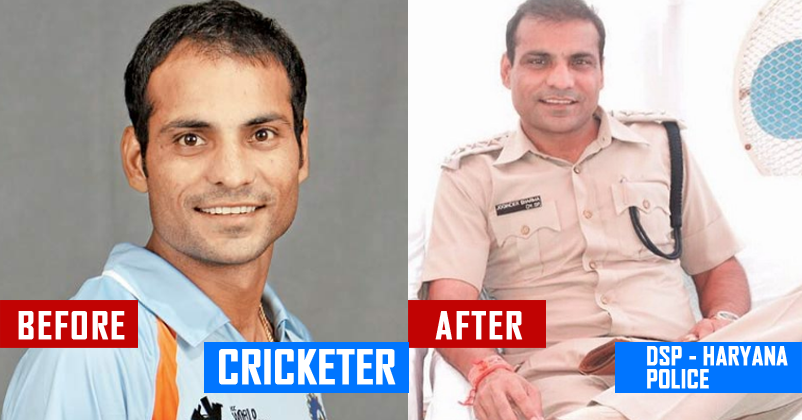 Cricket is not just a sport, but passion in this country. A cricketer remains an apple of the viewer’s eye till he keeps the form and plays for the team but as soon as he retires, nobody cares.

Not just 1 or 2, there have been many examples in the worldwide cricket where cricketers had to choose a totally different profession after retirement. And many of them went far from the limelight which was like an addiction for them before.

Here we list down some of those many worldwide cricketers who were forgotten after finishing their cricket career and chose a totally different profession for the rest of the life. Remember Debashish Mohanty? He was one of the best bowlers of Indian Cricket Team in his era and took many wickets. Mohanty played an amazing part in the victory of India against Pakistan in the Sahara Cup during the 90’s. The right-arm medium-fast bowler played 17 ODIs and picked up 29 wickets in early 20’s to jump into the top 20 of the ICC ODI World Rankings. In the total 45 matches, he played in his 5-year-old career, Mohanty took 57 wickets. Sreesanth was Indian Cricket Team’s one of the best and aggressive bowlers. Before he could take his International career to another level, Sreesanth had to leave following the charges of spot-fixing, drop in performance and bad conduct.

Sreesanth who is also a good dancer moved to the entertainment industry later to work in a Malayalam film, Team 5. He will be also seen in upcoming Hindi film Aksar 2.

In March 2016, Sreesanth also announced his entry into politics. The former cricketer became a member of Bharatiya Janata Party (BJP) from Kerala. Ewen Chatfield had a glorious career as a New Zealand Bowler in 1980’s. He was Sir Richard Hadlee’s opening bowling partner and played very important role in the team. In 43 Tests, Chatfield struck 123 wickets.

Later he survived a close encounter with death when he was hit on the head by a bouncer from Peter Lever. He collapsed and had fractured his skill but he recovered. After retirement, Chatfield had two stints at coaching but it failed. He tried his hands in lawn-mowing, worked at a dairy farm, courier and a salesman in a chip shop. Later, he settled down and is currently a driver for Corporate Cabs in Wellington. Salil Ankola had a short career in Cricket due to injuries and inconsistency in performance. After leaving cricket, he had a career in TV & Film industry where he played roles in Kora Kagaz, Kurukshetra, Bigg Boss. Dilip Doshi played an amazing cricket from the Indian side. The left-arm spinner played 33 matches and struck 114 wickets before he ultimately retired.

After retirement, he joined the family business, Entrack International and introduced the luxury brands of Mont Blanc pens to India in 1994. If you followed the cricket in 90’s, you may remember Chris Harris for some incredible cricket. He was New Zealand’s one of the best bets as an all-rounder who played an incredible role in both batting and bowling side.

After the retirement, he got the job of a medical representative for an Australian company Orthotech, a distributor of orthopaedic devices for hips and knees, spinal equipment, paedical screws and cages for spinal fusion to orthopaedic neurosurgeons. Nathan Astle was another great batsman of New Zealand who led the team to many victories single-handedly. He had the record of scoring the fastest double century, but due to the poor form he had to quit cricket.

Astle then decided to become a racer in the Sprint Car Championship. Andrew Flintoff was one of the finest players of the English Cricket team. After retirement, he tried his luck in boxing and beat down America’s Richard Dawson on his professional boxing debut. Saddagopan Ramesh was considered a useful choice in the Indian team for test matches. But due to the long issues regarding form, he quit the cricket.

He was later spotted in Tamil films, Santosh Subramaniam and also, Potta Potti. Joginder Sharma was a fantastic Indian Bowler and had a great contribution in India’s victory in 2007’s T20 World Cup.

However, his cricketing career didn’t go far and today, he serves as a DSP in Haryana Police.