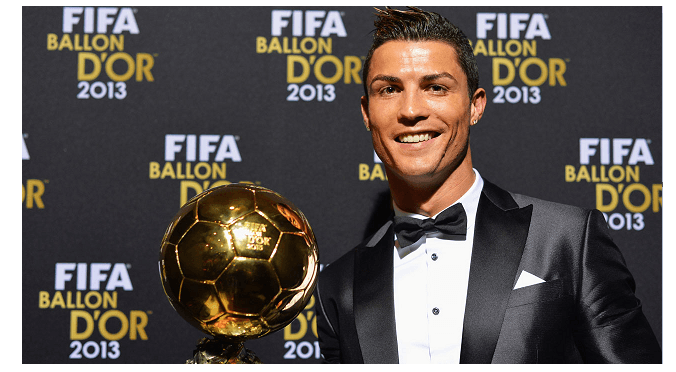 Cristiano Ronaldo has won the Ballon d’Or second time in a row. It means he is the best FIFA player in world.

Ronaldo after receiving the award said that:-

“I would like to thank all of those who voted for me. It has been an incredible year. I would like to continue the work that I have done so far. I want to try to improve, to become better as each day goes by.”

Here is list of all the winners:-
FIFA Women’s World Player of the Year: Nadine Kessler (Germany/Wolfsburg)

We congratulate the winners on receiving this prestigious award. Please join us to congratulate Ronaldo on becoming the FIFA player of the year.

Top 16 Cricketers With Hottest Wives!!!
Top 15 Dialogues From Once Upon A Time In Mumbai