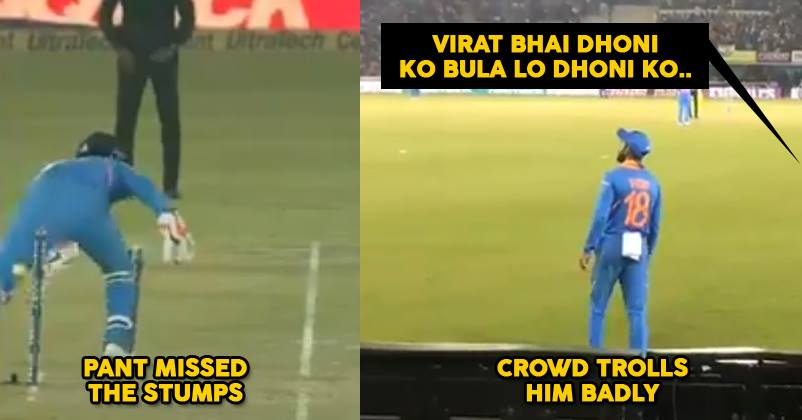 There is no denying the fact that Indian cricketer and former skipper MS Dhoni is irreplaceable and there is simply no one else in this world who can even come close to his caliber as far as wicketkeeping is concerned.

Nevertheless, the bitter truth is that one day, he will retire and the Indian team will need a new wicketkeeper. With this thought, BCCI and team management are preparing Rishabh Pant as he is also included in the World Cup squad so that if Dhoni gets injured, they will have a backup option at least.

However, it appears that the youngster will need some time before he is able to handle the responsibility in a good manner. Lately when he was given a chance to prove himself in the fourth ODI against Australia, he committed some really big mistakes which proved very costly to team India.

The Australian team won the match by chasing a huge target of 359 runs with 13 balls still to be bowled. Earlier, India scored 358 runs with the help of Shikhar Dhawan’s 16th century and Rohit Sharma’s innings of 95 runs but Australian batsmen played brilliantly, especially Usman Khawaja, Peter Handscomb and Ashton Turner, and took the match away from India. 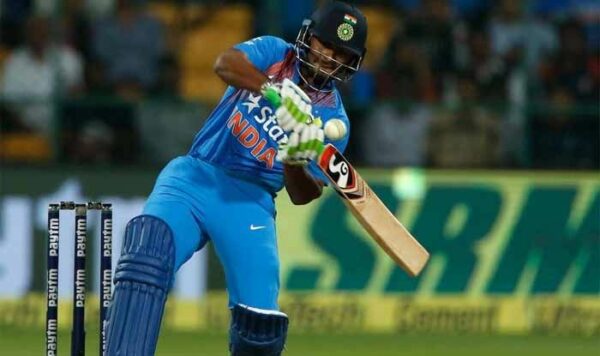 Rishabh Pant not only missed stumpings but in fact he seemed to be totally ineffective behind the stumps. The crowd got extremely upset and started chanting ‘Dhoni, Dhoni’, demanding that MSD should be brought back in the team.

The social media users were also annoyed with the manner in which Rishabh Pant carried out wicketkeeping and they trolled him big time. Here are some of the selected tweets:

Every Time Rishabh Pant fumbles the chant of 'DHONI DHONI' by the crowd proves MSD's worth!
#INDvAUS #MSDhoni @msdhoni

Watta crap crap crap wicketkeeper rishabh pant is why the hell he tries to copy ms dhoni ? Make ur own identity #INDvAUS

Dhoni didn't even play and has more mentions than Ashton Turner [who won the game for Aus] and Rishabh Pant put together 🤣 pic.twitter.com/CazkrqyFgZ

And Rishabh Pant has proved beyond doubt he isn’t ready yet. 2 stumping missed and one becoming the diff between victory and defeat. Dhoni would hardly miss any.

@StarSportsIndia #AskStar why kohli give chance to rishabh pant today? Dhoni is too much better keeper than him. He does not catch the balls 3-4 times @RishabPant777 @msdhoni @imVkohli @yuzi_chahal

MS Dhoni To Rishabh Pant After His Performance in Yesterday's Match – pic.twitter.com/UUXcy57Xkx

You are not MS Dhoni @ Rishabh Pant 😒#INDvAUS