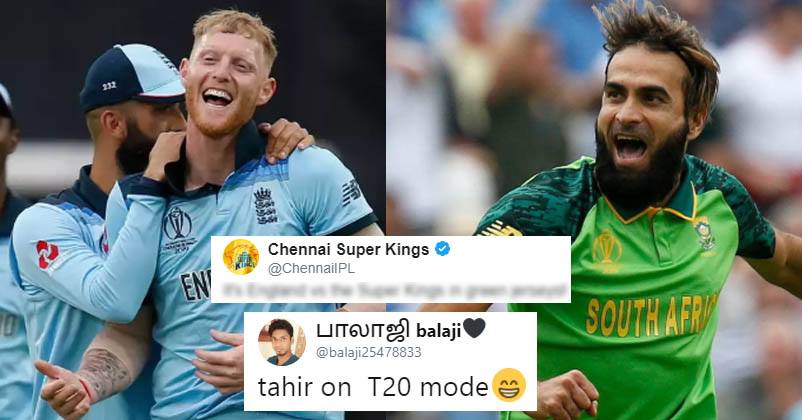 The ICC world cup 2019 has already started and the first match was between England and South Africa in
Kennington Oval, London. England won the match by 104 runs as South Africa couldn’t chase the goal of 311 down.

Seven South African players including Imran Tahir, Lungisani Ngidi and Francois du Plessis also play for Chennai Super Kings in the Indian Premier League. So during the match, CKS joked that it is like super kings are on the field in a green jersey. It tweeted, “It’s England vs the Super Kings in green jerseys!”

As all the players didn’t perform well in the very first match they became the center of trolling by twitterians. After CSK’s tweet, people starting trolling all its South African player. Tahir only played one ball and didn’t score any run so one Twitter user trolled him by saying that he is running to see how Nesamami is doing, referring to another array of memes.

#Pray_For_Neasamani 1st these r next 😂😂😂

People Came In Defense Of Sarfaraz Ahmed After Some Ridiculed Him For His Outfit
Pakistan All Out At 105, See How Twitter Is Trolling The Team