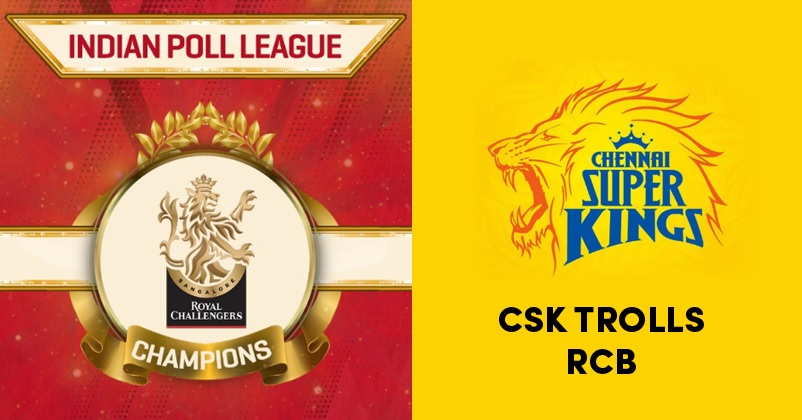 The postponement of the Indian Premier League (IPL) 2020 was a big disappointment for the cricket fans but it is also true that human lives are more important than anything else. The tournament was supposed to start from March 29 but it was postponed due to the coronavirus pandemic.

The numbers of the coronavirus positive patients is still on the rise and there is no clarity as to whether the IPL 2020 will take place this year or not. However, there are also reports that BCCI will try to organize the league somewhere around September-October this year and there are good chances of the T20 ICC World Cup 2020 getting postponed.

While the cricketers chose to increase their social media activities by interacting with fans, conducting Instagram live chat sessions with other cricketers or the IPL franchises, the IPL team Royal Challengers Bangalore (RCB) conducted an IPL of its own but it was a little different as its full form is the Indian Poll League and not the Indian Premier League. 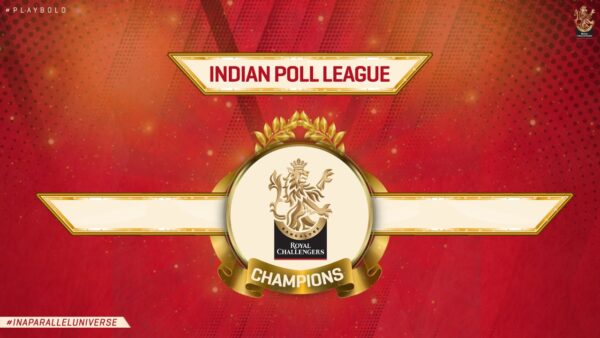 In the Indian Poll League, the matches were conducted between two teams, not on the ground but on the social media networks, and the team which got more votes was declared the winner of the match. This online tournament went on for 55 days and RCB won the trophy by defeating the Sunrisers Hyderabad (SRH) by a huge difference. RCB received 85 percent of the total votes casted and the Bangalore franchise took to the micro-blogging site Twitter to announce the news of their victory.

This is what RCB tweeted, “A big thank you to everyone who made RCB the champions of the #IndianPollLeague by voting consistently, every day for the last 55 days. In the final, #RCB beat #SRH with an incredible 85 % of the votes!”

A big thank you to everyone who made RCB the champions of the #IndianPollLeague by voting consistently, every day for the last 55 days. In the final, #RCB beat #SRH with an incredible 8️⃣5️⃣% of the votes! 🏆 #PlayBold #InAParallelUniverse #ipl #Bestfans pic.twitter.com/1WBbU4WCU1

The IPL franchise Chennai Super Kings (CSK) didn’t want to miss this opportunity of trolling its Bangalore counterpart. Everybody is aware of the fact that RCB’s slogan is “Ee Sala Cup Namde” which translates to “the cup is ours this year”. 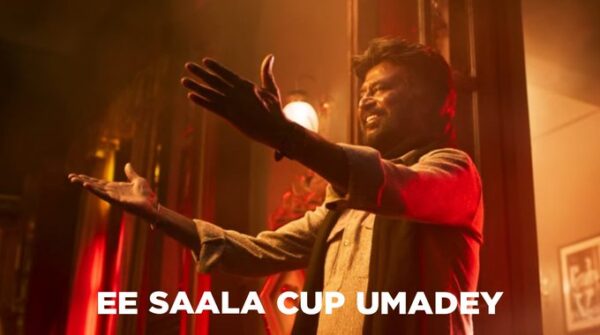 CSK took a jibe at RCB by changing their slogan a little bit to “Ee Saala Cup Umadey” which translates to “the cup is yours this year”. The tweet also contained a photo of superstar Rajinikanth and the CSK fans loved the response.

Royal Challengers Bangalore is considered to be one of the best teams of the IPL but it hasn’t won the tournament even once in the last 12 years. It has some pretty big names of the cricket world in its line-up such as Virat Kohli, AB de Villiers, etc. and the team has reached the finals thrice but never emerged as the winner.

Even some cricketers such as David Warner, Rohit Sharma, etc. have discussed RCB’s failure during the Instagram live chats and almost everyone wants to know why they are not able to take the trophy home despite being such a strong team.