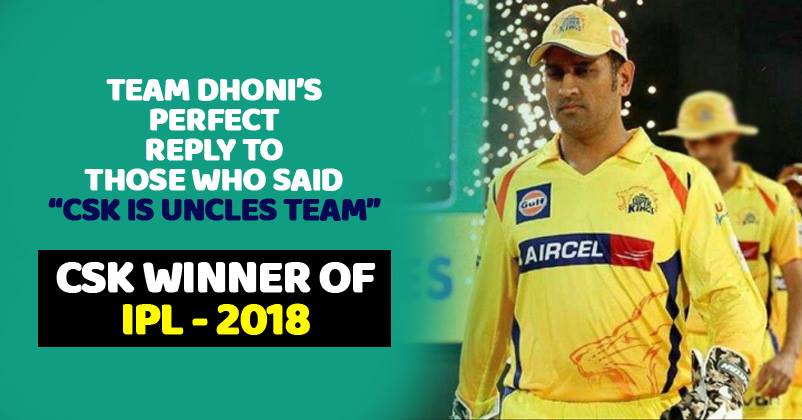 Today’s final between CSK and SRH was super exciting and a nail-biting one. SRH batted first and scored 178 runs; this target was not that easy but CSK chased it like a boss.

We are super happy that CSK won IPL after 2 years of comeback. Talking about SRH, it was Yusuf Pathan who scored 45 runs in 25 balls and took the total to 178.

CSK on the other hand, started off really slow. In first 5 overs, they had scored just 20 runs. However, Shane Watson was the hero of the match as he scored a century in just 51 balls. Overall, he scored 117 runs. Dhoni didn’t even get a chance to bat today.

Today is the 3rd time that CSK emerged as IPL winners. Here’s their IPL journey in finals; 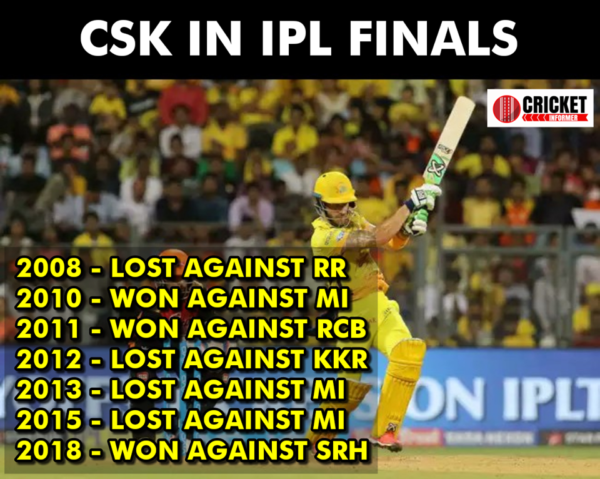 Dhoni is surely going to be proud of his team. It’s celebration time for the team. Many people had trolled CSK that it’s an “Uncle’s team”. But they finally proved everyone wrong.