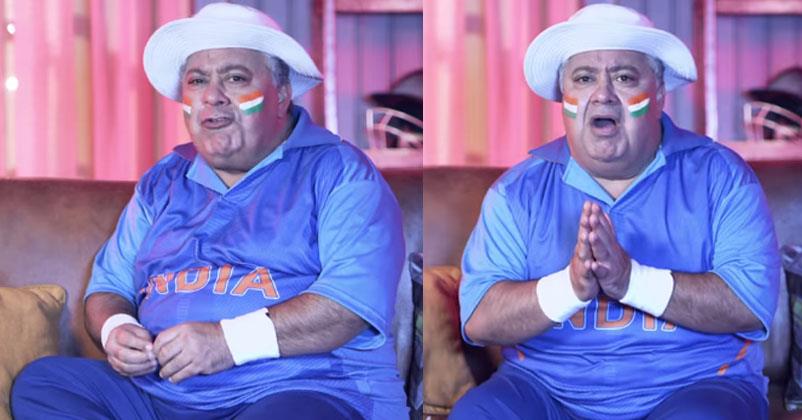 The Indian cricket team is looking unbeatable right now and with a comprehensive win over West Indies, it seems that the winning run is not going to stop anytime soon. India will play its next match against England which is a very strong opponent. Also, England is very desperate for a win because losing to India will make their road to semi-finals extremely difficult.

Just like team India, Dabur Red Paste is on a roll during this World Cup and the reason is its hilarious video ads before every match of our national team. The videos show ‘Chaubey Ji’, a cricket fan, who loves supporting Indian team by munching famous food items of opponent nations. The videos have featured Chaubey Ji munching on Akhrot from Pakistan, Badam from Afganistan, Coconut Tart from West Indies and now in the latest version, he talks about English Stick-Jaw Chocolate from England. Have a look at the video below:

These videos are part of #SabkoChabaJayenge campaign from Dabur Red Paste. The campaign is winning hearts of cricket fans as Indian team is winning all the matches and these ads are adding fun to the interesting World Cup matches we are witnessing.

Best of luck to the Indian team for its battle against England as everyone is looking forward how both teams will play against each other at the biggest stage.

10 Things To Do This Summer
FLAT 50% Off, Prizes & Events: Here’s Why The ‘Shopping Festival’ At Phoenix Marketcity Is Every Shopper’s Paradise