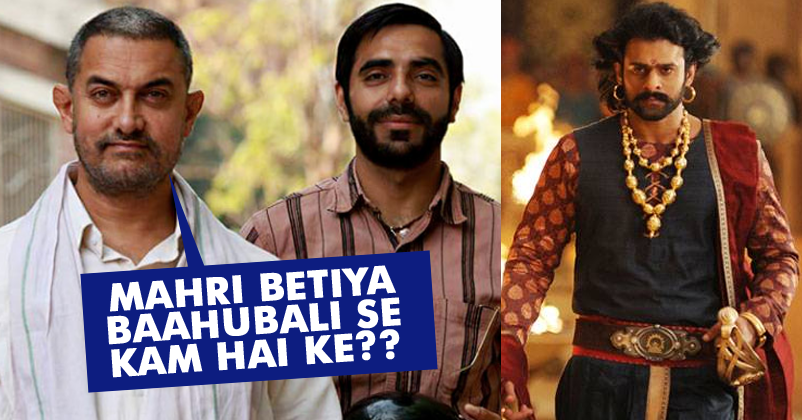 Forget India, Dangal is just unstoppable in China. It has been getting unexpected response at the China Box Office and the numbers have been WHOPPING. On 28th of May, Dangal overpowered Baahubali 2 to become the highest grosser of all time.

However, this record isn’t enough for Dangal; now, it has created a new HISTORY, which we doubt would be possible for upcoming movies. After the 500 crores, 1000 crores and 1500 crores club, Dangal has entered the 1700 crores club. It is first Indian movie to enter this prestigious club. This is just UNBELIEVABLE!

This is a ferocious face-off and it’s giving us nail-biting moments. Both, Aamir’s wrestling drama and SS Rajamouli’s epic historical film have created wonders. It’s difficult to say which one is better, isn’t it? Now, there are rumors that even Baahubali 2 will release in China. Will it be able to break the records of Aamir’s movie there and enter the 1700 crores club?

Parineeti Finally Breaks Silence On Her Schoolmate’s FB Post! She Has A Different Story To Tell!
Reporter Took A Dig At Vivek’s Cop Role In Bank Chor & Said Salman Is Better! See How He Reacted!