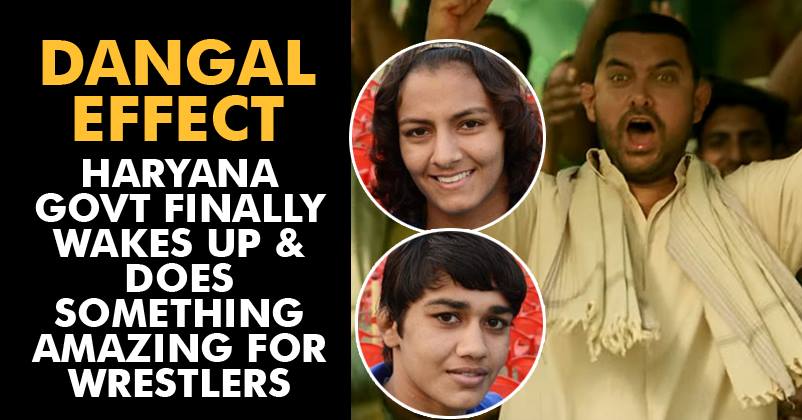 Haryana government has finally taken the decision to provide the akhadas with 100 wrestling mats. This is a great decision considering the fact that the government has become sensitive towards the needs of sportspersons; however, at the same time, it is also a little disheartening to feel that these changes are coming in the system after the success of a Bollywood movie. Yes, that’s true! Aamir Khan’s “Dangal” is breaking records on the box office and the actors are also getting accolades for the way they have portrayed real-life characters. “Dangal” is based on the real life story of wrestler Mahavir Singh Phogat and his two daughters, Geeta and Babita and how Mahavir trained his daughters to be wrestlers despite resistance from the society. The wrestler daughters of Mahavir Singh, Geeta and Babita, have appeared in media and given many interviews about the movie Dangal and their portrayal in the film. Nevertheless, they have also expressed a little bit of sadness that people started recognizing them after the flick despite the fact that they won the medals six years before the release of Dangal. In the words of Geeta,

“I know people knew us by names before also. But it has taken six years after we won the medals for us to get famous. It does feel bad, but the sadness is slowly going away.” As per IANS, Manohar Lal Khattar, the CM of Haryana, has also met Mahavir and given confirmation that a committee has been formed under the chairmanship of Chief Secretary, which will take care of employment facilities of Haryana’s outstanding sportspersons.

We hope that the other state governments also take care of their sportspersons and provide them with good facilities along with proper employment opportunities.