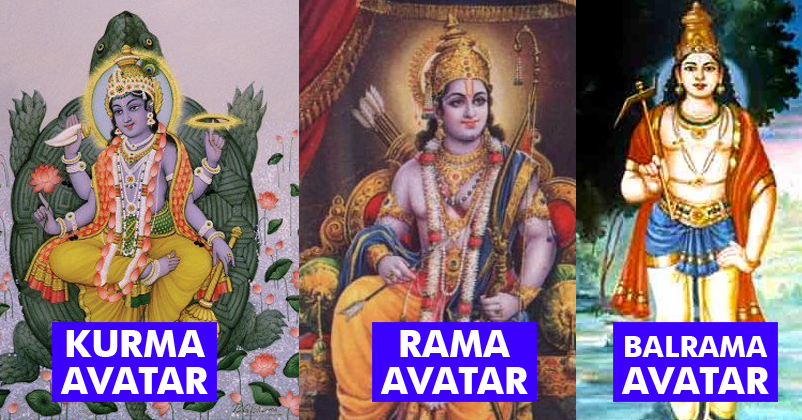 Science claims that human beings evolved from monkeys but various religions preach that God created humans and sent them to the earth, but the Indian sages do not fail to surprise the modern generations as they actually explained Darwin’s theory of Evolution. Yes mark my words they explained the theory thousands of years before Christ leave alone Darwin, and it is a tell tale of almost every household of India and people speak of it without realising the essence it hides. The theory was explained by the sages using the ten incarnations or ‘Dasha Avatar’ of Lord Vishnu. A surprising and much documented aspect of the Dashavatara story is its connection with evolutionary theory. Evolutionary theory, when viewed from a certain perspective, neatly intersects with the ten incarnations. It is an extraordinary recording of the evolution of human life and advancement in human civilization. The Indian sages do not stop the theory at the evolution to man. They go a step ahead and also trace the evolution of society and culture. We can see the difference in character sketch of Lord Ram and Lord Krishna. We now deal each avatara one by one and also show its counterpart in Darwin’s theory. Indian Sages:- The first incarnation or avatar of Lord Vishnu was in the form of a fish and is known as Matsya Avatar.

Modern Science:- The species that primarily lived in water, this can be seen as the first stage of life. Examples are prehistoric fishes. Indian Sages:- Second avatar of Lord Vishnu is Kurma. Kurma is a Sanskrit word which means Tortoise, which is a reptile that walks on four legs. We all know that tortoise is a creature capable of living both on land & in water, which indicates the transition of life from water to land.

Modern Science:- Amphibians came into being and life moved from water to the land. Fish finally evolved out of water became reptiles. Examples are tortoise, turtles. Indian Sages:- The Varaha Avatar, in the form of a wild boar, portrays the birth of mammal. The question arises, why Boar? Why not a deer or monkey or some other mammal? The reason is that Boar belongs the Suina family who are maxillary (teeth are in front) and therefore they do not have to swallow and regurgitate their food just like us humans! It’s extremely delighting to note that Indians had such a very insightful knowhow thousands of years ago!

Modern Science:- Reptiles evolved into the animals that could bear children and lived only on the land. Boar, the complete animal had adapted to live on land is seen in this stage. Indian Sages:- Narasimha Avatar indicates the transformation from animal to human form. I will like to draw your attention to the fact that Narasimha has the upper body of a lion but lower body of a man, it is important because this directly relates to the idea of a pre-human without a well developed brain but with the partial ability to become bipedal (walk on two legs). This may be the extinct initial human ancestor, someone who could be the missing link between apes and humans.

Modern Science:- Finally primates were evolving into Hominidae forms that looked more like humans, were partially bipedal but their brains were still not developed. They can be seen as having partly human lower body and animal like upper body. Indian Sages:- Vamana Avatar represents a being that is very close to humans but is extremely short. It indicates the complete transition into human form, and the beginning of intelligence in humans.

Modern Science:- Transformation from ape to human started and they developed intelligence. Finally Hominidae evolved to Homo erectus. They were bipedal and more human looking but dwarf. Indian Sages:- Sixth Avatar was a forest dweller called Parasurama, who has weapons such as axe for survival. This is the first avatar of Vishnu that has no animal characteristics and wields an Axe. So basically, Parashuarama is what the current day human would be who could also use tools.

Modern Science:- Homo erectus evolved into Homo sapiens who could use tools. Homo sapiens are the present day human and biological evolution ends and at this stage the human might have a wavering mind, uncontrollable and act without reasons. Indian Sages:- The seventh incarnation Ram, who is well known among Hindus and is worshipped in temples as a deity. He was civilized and had more superior weapons like the bow and arrows. He is very vigilant and protects his villages and people. Rama was a very moral man, and was very obedient to his parents. This shows the psychology and simplicity of early human beings.

Modern Science:- At this stage the humans developed to be perfect homo sapiens and started giving importance to penance than the pleasure and started respecting other humans. The survival of the fittest started here and this led to mutinies between mankind. This was the beginning of the humans as we know now. Indian Sages:- The eight incarnation Lord Balarama, is portrayed with the plough which marks the beginning of full-fledged cultivation. Human civilization had developed agriculture and was no longer depended on meat and forest for food.

Modern Science:- People began planting seeds and covering the countryside with food producing plants. The earliest and most successful crops were grasses with large seeds such as barley, wheat, and rice. Indian Sages:- Krishna is another popular deity, and is a clear representation of advanced human civilization. Recent excavations of Dwarka city confirm the well planned construction of cities, towns and streets. They also show the change of culture.

Modern Science:- Mankind never looked back since they learned to use tools. The Homo Neanderthalensis were eliminated. Civilizations were formed, wars were fought, kingdoms were born and finally the world evolved to what we see it today. The chief characteristic here is the increasing complexity of life and society. The perfect human with cleverness and ability to think and win developed at this stage. Indian Sages:- The last form is the final life form where the sages surpass the modern theory of evolution, and predict the future. Point to keep in mind is that we are looking at all the life forms that dominated planet earth since millions of years, so the question is what would the final dominant species look like? According to mythology tenth Avatar, called Kalki is yet to happen and when this occurs when the whole life on earth will move towards its end. He would be here to restart the whole cycle, so that it starts again. Species will be disappearing and the world will come to an end after which it will again start from stage first.

Modern Science:- According to Big Bang theory and other Modern theories the universe is not stable. The life in the world should end at one point and the creation will start from the beginning again. This whole loop continues infinite times.

Various versions of the list of Vishnu’s Avatars exist. The original Vishnu Purana talks of about 24 avatars of Vishnu. Some lists give Balarama as the eighth avatar and Krishna as the ninth. While other give Krishna as the eighth avatar and the Buddha as the ninth avatar. However modern day philosophers and sculptors have completely removed the Balarama (Farmer) avatar and inserted Buddha avatar. But here is an interesting fact accompanied with the video. It is a pillar at Rayar Gopuram in Mahabalipurum which show Balarama before Rama. According to legends entire structure was left unfinished because a sculptor made a simple mistake in carving this pillar and carved the hunter (Rama) after the farmer (Balarama). This does hold in accordance with the theory of evolution and makes the entire carving pointless. However, to the so called primitive people who lived thousands of years ago with so called no knowledge of evolution, such a mistake was unacceptable and they completely abandoned the entire structure. Below is a video to support this point. You can watch it directly on YouTube.

“Dashavatara gave a ‘rough idea’ of vertebrate evolution: a fish, a tortoise, a boar, a man-lion, a dwarf and then four men (Kalki is not yet born).”

C. D. Deshmukh also remarked on the ‘striking’ similarity between Darwin’s theory and the Dashavatara.

What do you think guys? Do not forget to share your views in comments below.

We Bet You Didn’t Know These Untold Stories About Virender Sehwag! Viru You Rock!
Reason Revealed! Here’s Why We Close Our Eyes While Kissing! You Don’t Know The Reason!