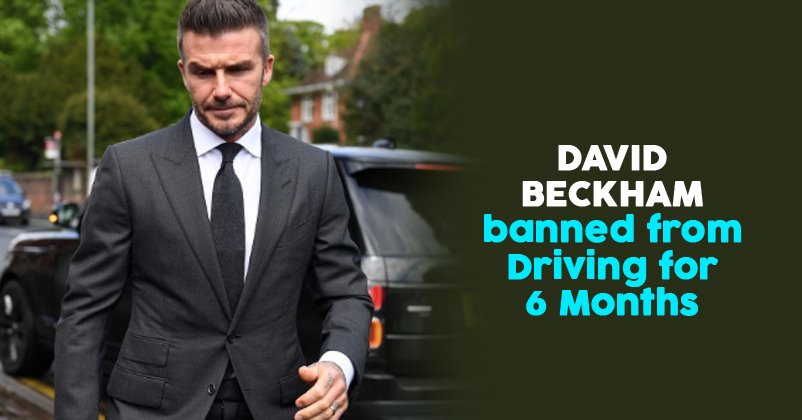 David Beckham former England footballer on Thursday was disqualified from driving for the next six months because of using his phone while driving.

Great evening in Madrid tonight with my friends at @tudorwatch. Always love being back in this beautiful city. #BornToDare


The ace footballer has previously admitted the offence as he drove his Bentley in London and he was spotted by a member of the public.


Beckham was given a 6 penalty point on his licence at Bromley Magistrates Court in the south of London and fined him $975 dollar and also ordered him to pay 100 pounds for prosecution charge and 75 pounds for surcharge fee.


The former Real Madrid player was present in the court and spoke to give his details. He wore a dark grey suit and tie.


The prosecution lawyer stated he was photographed by a member as he was using his phone while driving in slow moving traffic.

The defence lawyer said Beckham was driving slowly and has no recollection of the day and the incident.

While driving no matter what we should never use phones even if you’re not speeding!

Continue Reading
You may also like...
Related Topics:David Beckham

Shahid Afridi : Feminists Can Say Anything They Wish To But No Outdoor Sports For My Daughters
Mumbai Indians Win With A Bang, See How Twitter Reacts To This Much Awaited Victory