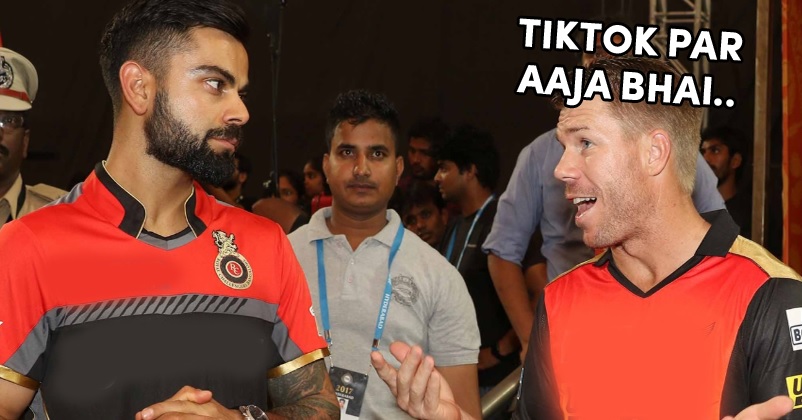 The cricketers from all around the world are now indulging in online activities such as answering the queries of fans or carrying out Instagram live sessions with other cricketers or giving interviews to sports magazines or TV shows. Few cricketers are also trying their hands in making TikTok videos, especially the Australian cricketer David Warner and Indian spinner Yuzvendra Chahal who have emerged as TikTok stars in the lockdown period.

For the past some time, David Warner has been posting videos on TikTok regularly and he is also posting them at other social media platforms as well so that those who are not on TikTok can also watch his videos.

Recently, he shared a video in which he was seen dancing to the tunes of Akshay Kumar’s song “Bala” from the Bollywood movie “Housefull 4”.

He also tagged the actor on the post and we must say that Warned did a great job as not only fans loved his video but superstar Akshay Kumar also showered praises on him and wrote, “Absolutely! Nailed it”.

The Indian cricket team skipper Virat Kohli also saw the video and he was not able to control himself from commenting as he posted four laughing emojis in the comments.

In response, David Warner invited Virat for a duet on TikTok and he also said that Kohli’s wife Anushka Sharma will make an account for him.

Warner’s comment read, “@virat.kohli you’re next bro come on man a duet. Your wife will set you up an account.”

As David Warner is a part of the IPL team Sunrisers Hyderabad for quite a long time now, he is acquainted with the southern movie stars as well and some time ago, he wished superstar Junior NTR on his birthday by posting a video in which he danced on the actor’s song. David Warner also shook a leg on a song of popular actor Allu Arjun and the actor too appreciated the cricketer.

What makes David Warner more successful is the fact that his complete family is supporting him in making videos and in many videos, they can also be seen participating.

Do you also want Virat Kohli to join David Warner for a duet?

BCCI Ready To Organize IPL 2020 Behind Closed Doors As Safety Of Fans Is Its Priority
Kane Williamson Tells What He Will Borrow From Virat Kohli, David Warner, Steve Smith & Babar Azam