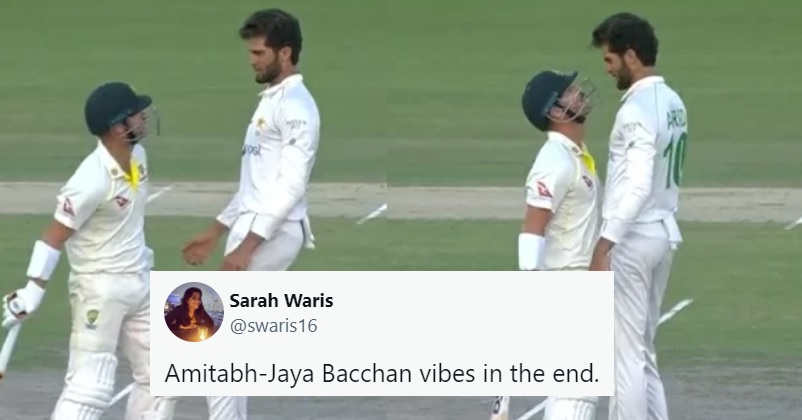 The third test match between Australia and Pakistan is in a very interesting position as Pakistan will need to score 278 runs on the final day of the test match. At the end of the day 4, Pakistan was 73/0 but it must be admitted that it was a very bold move on the part of Australian skipper Pat Cummins that the second innings was declared at the score of 227/3. 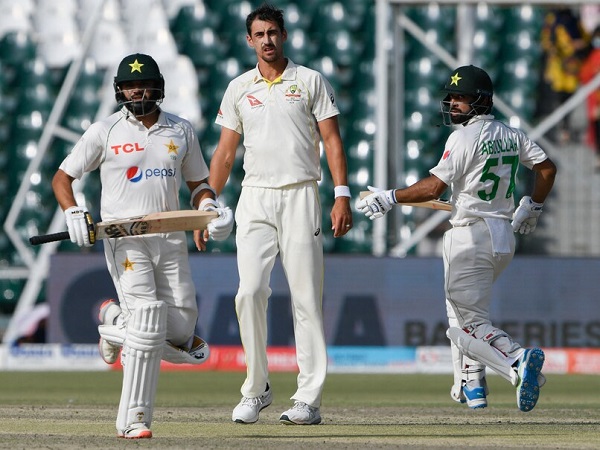 The 3-match test series between Australia and Pakistan has been termed as boring by cricket fans as the earlier two test matches ended up in draw and the pitches behaved totally in favor of the batters while bowlers didn’t get any assistance from them. However, it seems that there is a chance of result in the third test match which is being played at Gaddafi stadium, Lahore.

The Australian cricketers are enjoying this tour as they are seen laughing and having a good time during the matches as well and there have been some really good moments between the cricketers of both the nations. The day 3 of the test match also witnessed something like this as David Warner and Shaheen Afridi came face to face and the height difference between them generated some humour. 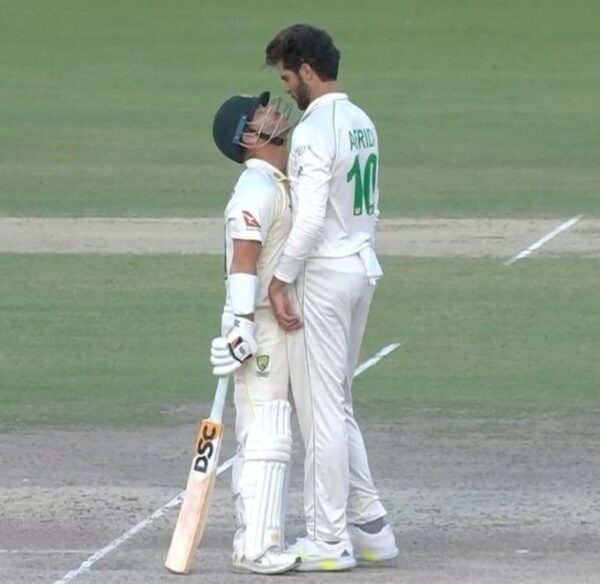 On the last ball of the day 3, David Warner shouted, “No Run” as he played Shaheen Afridi’s delivery. The Pakistani bowler ran straight to him, they both stared at each other for few seconds and it ended in both of them laughing.

The video of the incident was shared by the Pakistan Cricket Board (PCB) with the caption, “What a way to conclude the day”.

Netizens also reacted on this camaraderie of both the cricketers, while some showed their creativity, others came up with hilarious captions. Check out some of the selected reactions:

french kiss could not be done because there was helmet as barrier😁 pic.twitter.com/Qyw45YTiyA

Even lovers don't come so close to eachother in public 💑

Warner to Shaheen: "I make more than you from one Tik-Tok dance routine! Get off my arse, Peasant boy!"

Such camaraderie is rare in today's games .. wonderful 👍

The visitors won the toss and decided to bat first; in their first innings, the Aussies posted a total of 391 on the score board. In response, the Pakistani cricket team was doing well as at one point of time, it was 214/2 but Pat Cummins and Mitchell Starc wreak havoc on the Pak batters as the former took 5 wickets and the latter dismissed 4 wickets in a quick succession and wrapped the Pakistan team at 268.

Which team will win this test match and the series as well or will this match also end in a draw? What do you think? Let us know your views.