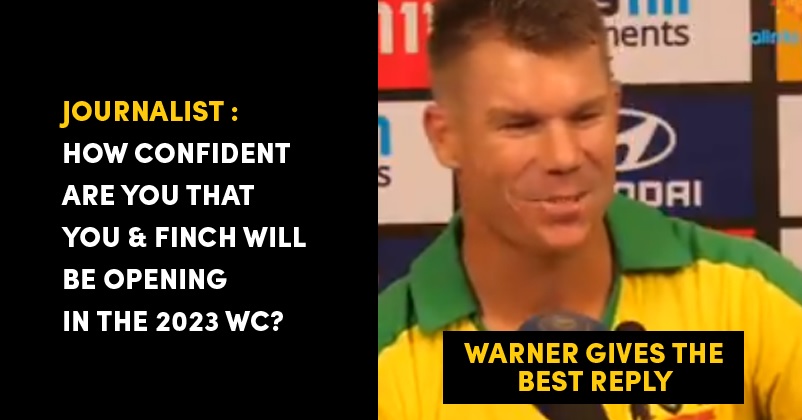 India will be facing the Australian team in the second ODI tomorrow at Rajkot. The visitors have already taken a lead of 1-0 as they have won the first ODI pretty comfortably. It was quite surprising to see that the Indian bowlers were not able to take even a single wicket.

Batting first, team India managed to put up a total of 255 on the scoreboard and gave the target of 256 to the visitors which they managed to score in the 38th over without losing a single wicket. Both the Australian openers David Warner and Aaron Finch scored centuries. 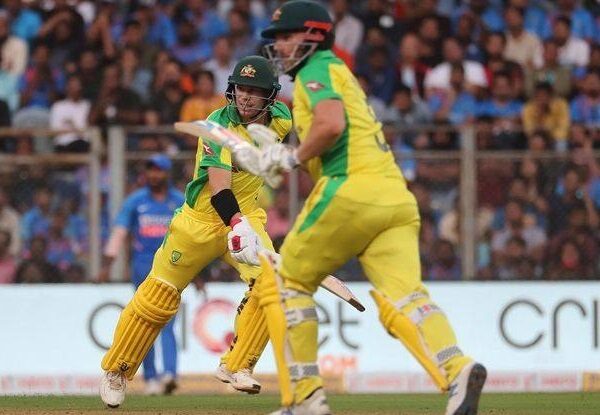 Many times, David Warner and Aaron Finch have proved that they are among the best opening pairs of the present times and after this match, the cricket fans are talking about them opening the innings for Australia in the 2023 World Cup which will be played in India.

When David Warner was asked about it, he gave a funny reply and said that they both need to talk to their wives first, the reason being that they both will be 36-37 at that time.

He further adds that he already has three kids and hopefully the third one is the last one. However, Warner also says that they will take one step at a time and presently, their focus is on the Rajkot match only.

David Warner and Aaron Finch could still be Australia's opening combination for the 2023 World Cup in India … but there's a few things they need to tick off at home first! @alintaenergy | #INDvAUS pic.twitter.com/3i93tlScDB

David Warner and Aaron Finch have been opening the innings for Australia since 2014. Till now, they have played 59 matches and scored 3050 runs together at an average of 52.58. Nine times, they have scored more than 100 in partnership and 13 times, more than 50 and their best partnership score was 258 which they scored in this series in Mumbai. 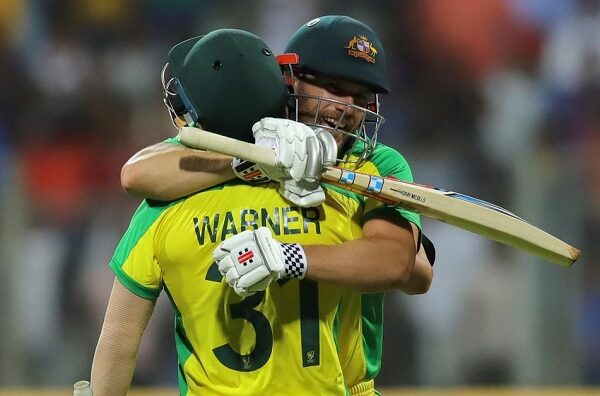 As per Warner, they both understand each other pretty well and their camaraderie is quite well on-field as well as off-field.

Let’s see what happens in the second match at Rajkot.

Pak Cricketer Mohd. Amir Reacts On Virat Kohli’s Speech After Getting ICC Spirit Of Cricket Award
Twitter Gets Angry After Not Seeing Dhoni’s Name In BCCI Annual Contract List For 2019-20