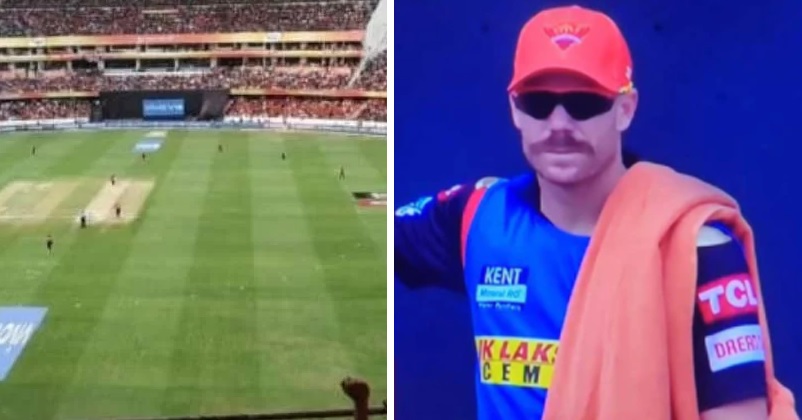 The Hyderabad franchise Sunrisers Hyderabad is going through a very tough phase in the IPL 2021 as it has been able to register only one win in the seven matches that it has played and as a result, it is placed at the bottom of the points table. The continuous failure in the tournament compelled the management to take the big decision of changing the skipper and Kane Williamson was appointed as the skipper of the team in place of David Warner.

The Australian cricketer was also dropped from the playing XI in the match against Rajasthan Royals which SRH lost by 55 runs. The director of cricket of SRH, Tom Moody stated that though David Warner was shocked and disappointed, he came to the terms and understood the reason behind it along with what the team wants to achieve. As far as David Warner’s batting performance in the IPL 2021 is concerned, he has scored two half-centuries but his strike rate has been a matter of concern for the team management.

There are some speculations too as per which the team management didn’t like it when David Warner stated that dropping Manish Pandey was the decision of the selectors. However, nothing can be said with confirmation in regard to whether David Warner was having some problem with the management or not.

As the news of David Warner’s removal from captaincy spread, his fans started looking at his social media handles in order to find out how he would express himself in this critical phase. The Aussie batsman also took to his Instagram and posted two stories – in the first one, he shared the photo of the Hyderabad ground, the home ground of SRH, and stated that he is missing playing over there while in the second story, he thanked a fan for making his painting.

Here are the stories: 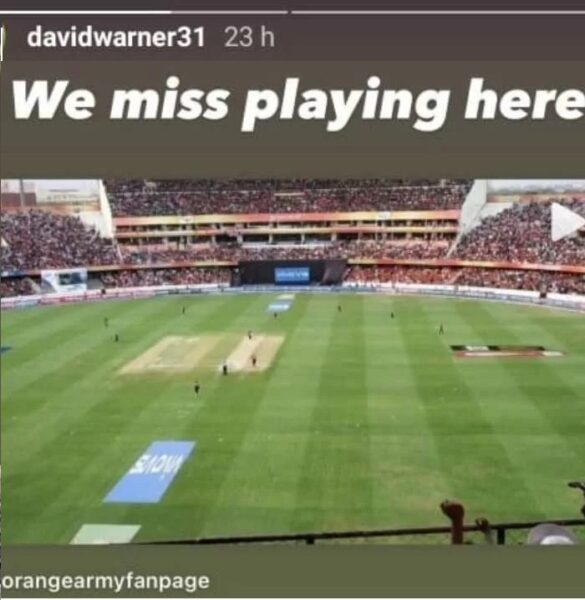 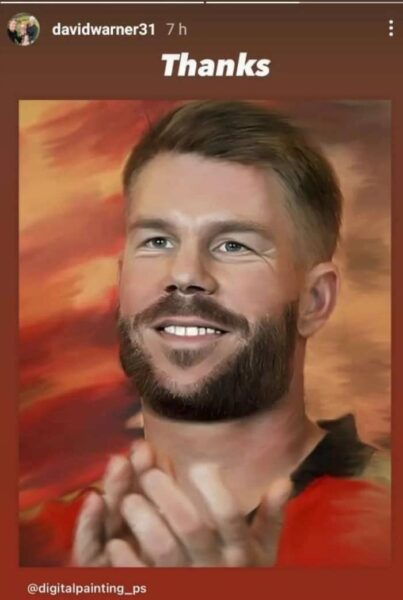 Do you think that David Warner’s exclusion will help SRH or it will further increase their problems? Let us know your views in this connection.