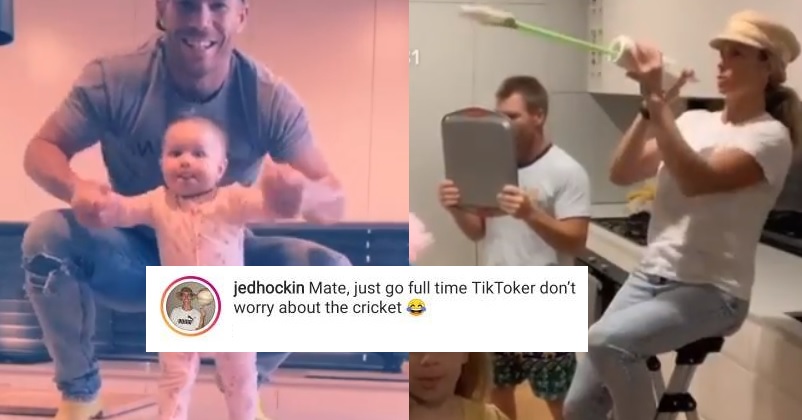 David Warner, the Australian cricketer who is best known for his wonderful batting performances is now getting famous for his TikTok videos as well. Earlier, there was Indian cricketer Yuzvendra Chahal who loved to post videos on TikTok and now David Warner is on a spree to become the TikTok star and what is more interesting is the fact that Warner’s videos also have his family members taking part with zeal and enthusiasm. 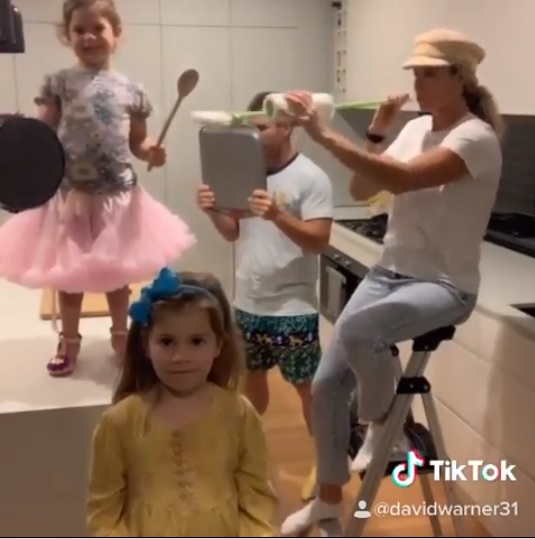 Recently, David Warner shared two videos; in the first one, he was trying to produce music by moving a chair on which his youngest daughter was sitting while in the second video, the whole Warner family is seen creating rhythmic tune using kitchen tools. In the second video, each family member was playing his/her part in a perfect manner.

The caption that David Warner wrote in the first video was, “Are you, serious dad!! #isolation #bullsdaycare #family #challenge” and the caption in second video read, “When you know you have officially lost it in isolation!! #canwegooutsidenowplease.”

The captions are giving us an idea that the Warner family is too tired of staying at home and they just want to go outside.

Have a look at both the videos:

When you know you have officially lost it in isolation!! 😂😂 #canwegooutsidenowplease

While some fans love his videos, several other followers go on to the extent of asking the cricketer to become a full time TikTok star and few of them tried to remind him that he is an international cricketer. 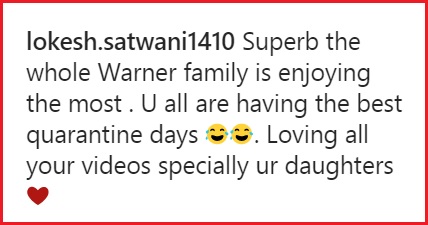 David Warner was supposed to lead the IPL team Sunrisers Hyderabad in the IPL 2020 but the league has been postponed indefinitely due to the coronavirus outbreak. The chances of the IPL 2020 taking place this year also seem pretty low as the T20 World Cup is also going to take place this year.

As of now, nothing can be said with confirmation about both the tournaments as everything depends on the situation of COVID-19 in time to come.

CSK Satirically Trolls RCB Over Opening Of Liquor Shops In Bengaluru With A Hilarious Tweet
David Warner Asks Rohit Sharma Why RCB Has Not Won Any IPL Title. Hitman Answers