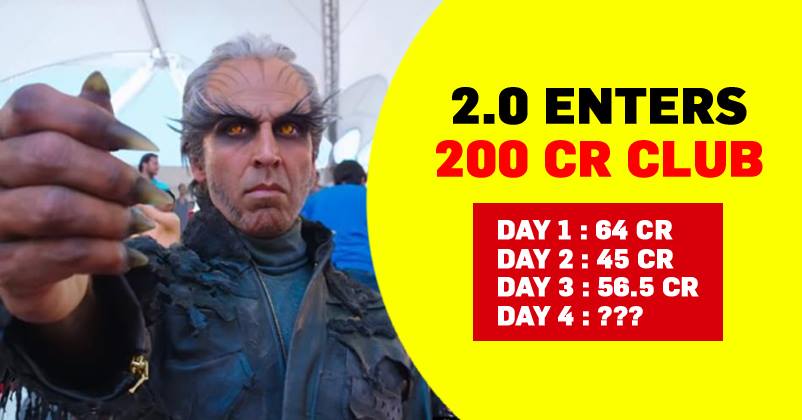 2.0 is performing better than some of the much awaited Hollywood films like Crimes of Grindewald and is on its way to smashing the records set by Baahubali 2 as well.

The Rajinikanth starrer film had opened to 64 crores in the first day, which dropped to 45 crores on Friday. Alarming? Yes, slightly. However, the film managed to make up for it on the following day. 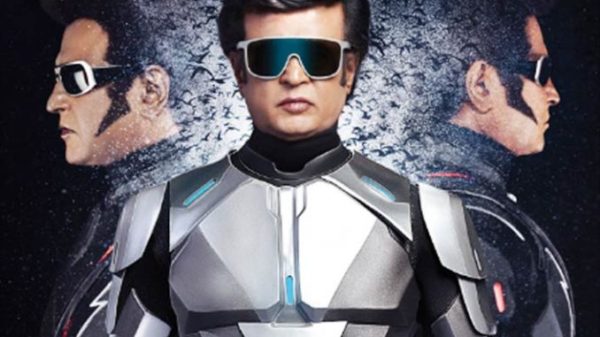 This is pretty high considering the fact that film has been dubbed. The total collections for the film across all languages has crossed the 200 crore mark as well. 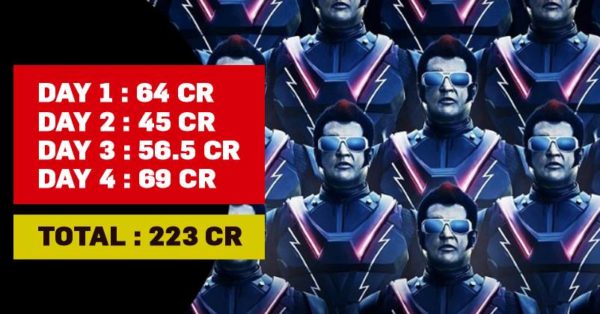 The film has been doing amazingly well, as expected.

Yo Yo Honey Singh’s Looks Have Totally Changed. You Won’t Believe After Checking His Latest Pics
The Official Trailer For Simmba Is Out, Catch The First Look Of The Film Here