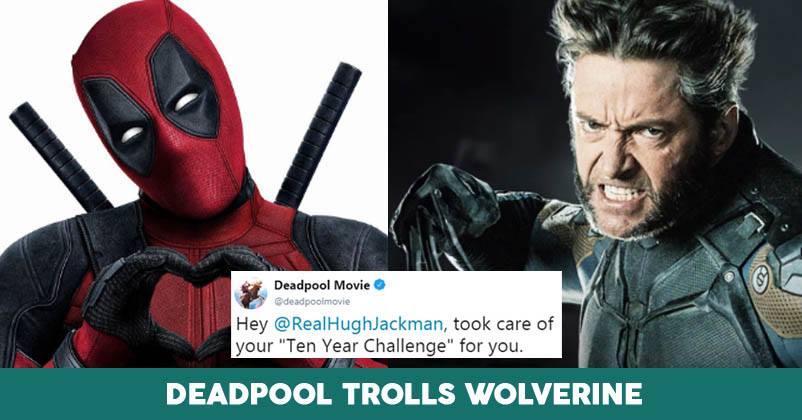 The #10YearChallenge is not a way to revisit your past, it is also an effective way to make fun of others and it seems that Deadpool, the movie character is using this as an opportunity to troll other superhero characters.

We all know that Hollywood actors Ryan Reynolds (Deadpool) and Hugh Jackman (Wolverine) don’t miss a chance to take a jibe at each other and this time the official Twitter account of “Deadpool” movie has trolled Wolverine by using the #10YearChallenge.

A tweet was made by the “Deadpool” movie in which two photos were posted with caption, “Hey @RealHughJackman, took care of your “Ten Year Challenge” for you.” 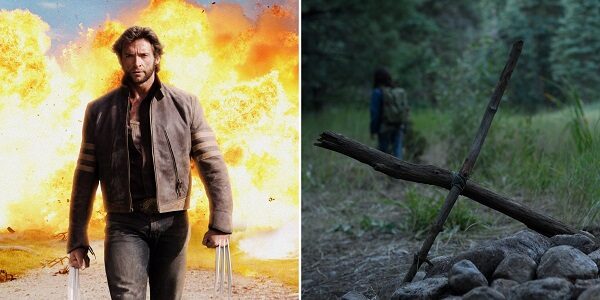 In one pic, Wolverine is seen walking with attitude, his nails are out and there is fire in the background as if a blast has taken place while in the second photo, grave of the character is seen which was marked as “X” by his daughter.

Hey @RealHughJackman, took care of your "Ten Year Challenge" for you. pic.twitter.com/pQZq1dfvPr

The Twitter account didn’t stop here and targeting another fictional character Colossus, it posted two pics of the character. The first is of 2019 in which photo of the character is posted as it is seen in movie with Deadpool while the photo of 2029 shows rusty garbage can. 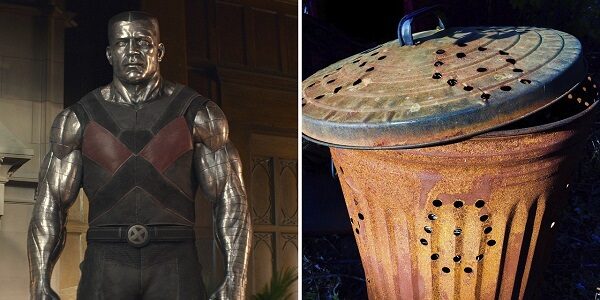 The caption of the pic read,

“…don’t think I forgot about you, Colossus. (@StefanKapicic)

…don’t think I forgot about you, Colossus. (@StefanKapicic)

If you remember, Colossus was seen in “X-Men” movies originally but the actor Daniel Cudmore who played the character refused to play it in “Deadpool” when he was given the offer.

Till now, Hugh Jackman has not responded but we are hoping that he will fire back soon as it is always fun to see two actors taking light-hearted digs at each other. What do you say?