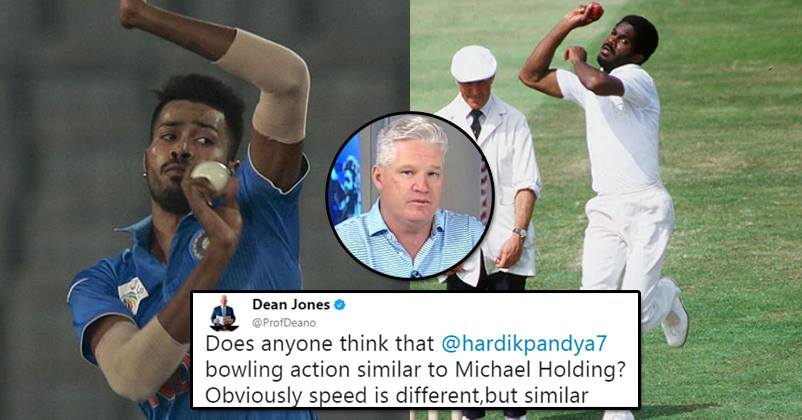 The Indian cricketer Hardik Pandya is making headlines for his blistering performances with bat against Australia. He has emerged as a good bowler and can be the third seamer of team India. Pandya has not only impressed the Indian cricket fans but also former cricketers and former Australian player Dean Jones is one of them. 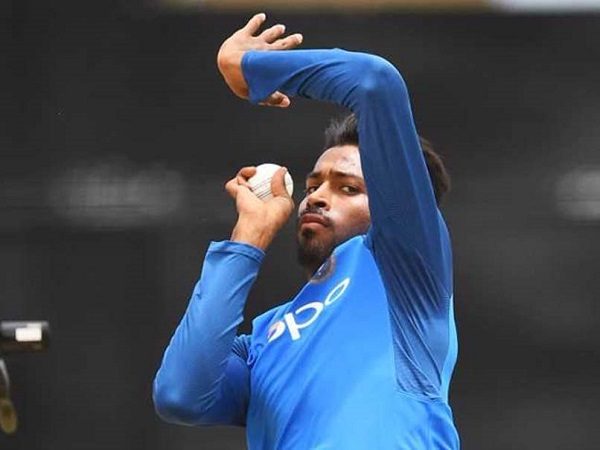 On Sunday, Dean Jones took to Twitter to praise Hardik Pandya and in an attempt to show his appreciation for the cricketer, he went on to compare Hardik’s bowling action with West-Indian legend Michael Holding’s bowling action. 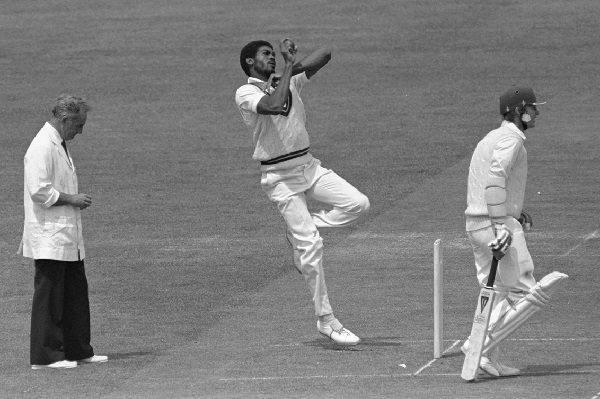 He tweeted, “Does anyone think that @hardikpandya7 bowling action similar to Michael Holding? Obviously speed is different, but similar.”

As soon as Dean Jones made this tweet, Twitterati started trolling him as the comparison didn’t go well with the fans of Michael Holding!

R u nuts? @hardikpandya7 can't even hold/grip the ball like the legend #MichaelHolding. Stop smoking weed while tweeting.

Deano what are you smoking these days? Must be some very good stuff that you are thinking like this

No please.Don't compare kids to legends.

You are an authority Deano but I beg to differ

However, there were few who agreed too:

But He bats better than Holding🙅

Michael Holding, the West-Indian bowling legend, is also known as “Whispering Death” for his almost silent run-up. He played 102 ODIs and took 142 wickets while in the test cricket, he took 249 wickets in 60 matches. His last ODI was against England in 1987.

@BCCI seemed to canter to the series win. @hardikpandya7 is a very special player. India looks a complete side for all conditions

The 23-yr cricketer has played only 24 ODIs till now since his debut and has won the title of “Man of the Match” three times so far.