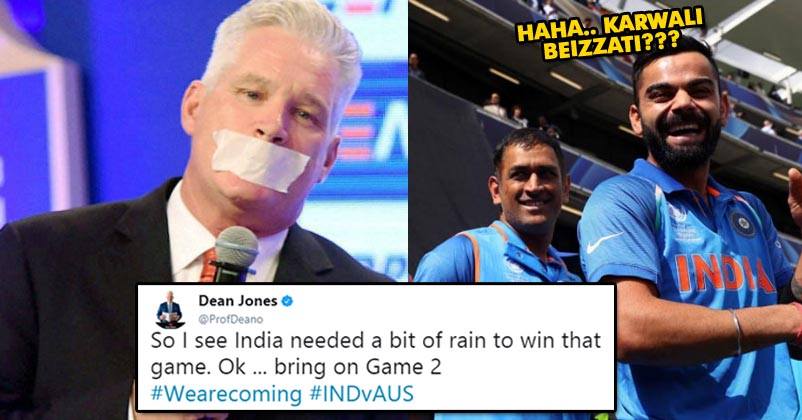 India vs Australia 1st match was as much nail-biting as it was supposed to be. Team India looked like losing the match initially when the first half of the batsmen failed to prove their mettle and returned pavilion without making any mark.

Smiles from the faces of Indian fans dropped when the score of India was 87 and 5 batsmen were already out. That’s when Hardik Pandya and Mahendra Singh Dhoni proved to be saviours and brought the team to a respectable total. 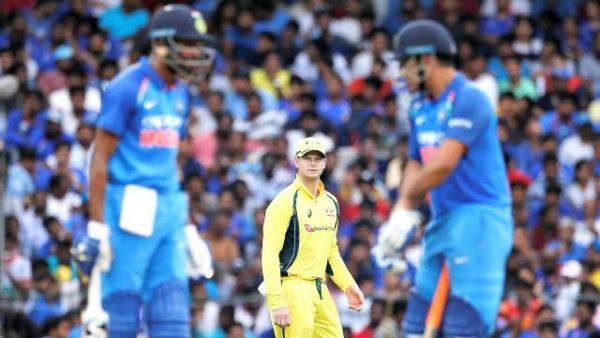 Hardik scored 83 out of 66 balls and MS Dhoni scored 79 out of 88 balls which helped Team India set a respectable target for Australia.

Australia had to chase down a score of 281 hut even they couldn’t survive the bowling attack of Team India and lost 9 players while scoring just 139 runs. That’s when rain proved to be a spoiler and the match came to a halt.

Team India was declared the winner as per the D/L rule.

Even though it was an interesting battle between both teams, the former Australian player and now active commentator Dean Jones couldn’t stop himself taking a dig at Team India which in itself flaunted his embarrassment. 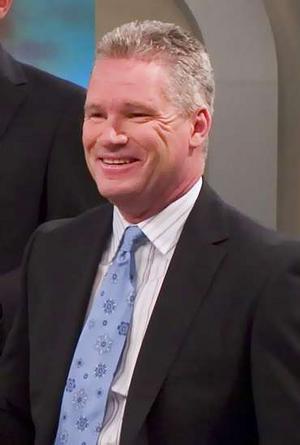 Jones took to Twitter and hinted that Team India won the match due to rain.

So I see India needed a bit of rain to win that game. Ok … bring on Game 2 @StarSportsIndia #Wearecoming #INDvAUS

So I see India needed a bit of rain to win that game. Ok … bring on Game 2 @StarSportsIndia
#Wearecoming #INDvAUS

That’s what Twitterati felt here in India and trolled him back. Check out some of the reactions-

Another brain fade moment for another Australian 😂

So Australians always need some excuses to accept their loss . Come on Uncle, be Practical !! 🤣

What do you think about it? Do you think Twitterati trolled him in the best way? You can do too in case you want to contribute.