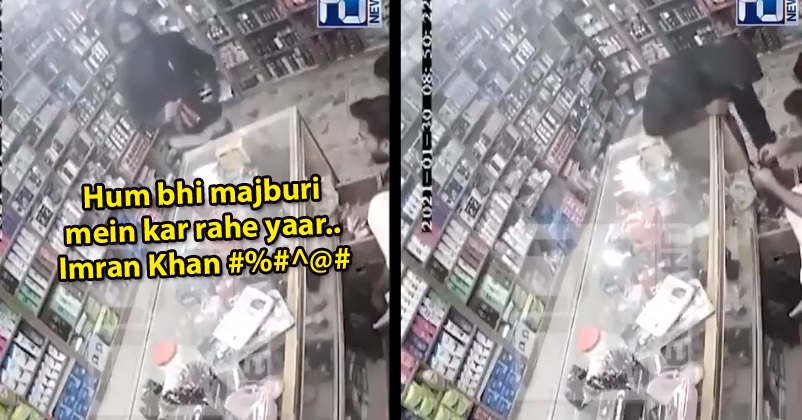 Robbers are known to be ruthless, cruel and insensitive as they can not only harm but take lives of people for money, jewelry, etc. However, recently an incident took place in Pakistan in which people got to witness robbers who had ethics and were very cordial towards a shopkeeper whose shop they were robbing.

The social media users were left amused after watching the video of robbers with ethics. Here are some hilarious reactions:

May Allah grant good senses to those "decent" robbers

Sad but.. Doesn't justify robbery…May almighty ease the burden of everyone involved here.

😂😂 my favourite kinda chor are the chor with ethics !

Have you ever witnessed any such incident before? Do let us know.

Girl Asks Mom To Find Her A Boyfriend, Twitter Goes Crazy On How Her Mom Roasts Her With Swag
Viral Video Shows Two Men Holding On To Cup Of Chai When Cops Drag Them, Twitter Says “Turu Lob”