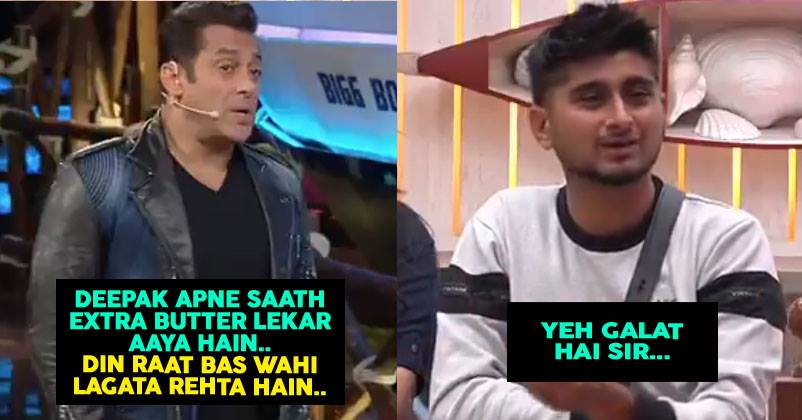 After a lot has happened in the second week in Big Boss House 12, we are very excited to watch the awaited Weekend Ka Vaar with Salman Khan, tonight.

The twitter sneak-peak of tonight’s show left us in awe. Salman Khan is targeting and giving a strict class to Deepak Thakur who gharwaale has sent in the Katghara.

The guilt imposed on Deepak Thakur via Salman Khan is that he had bought some extra butter in the house and has been found buttering all around to everyone’s face.

Deepak Thakur In The Katghara 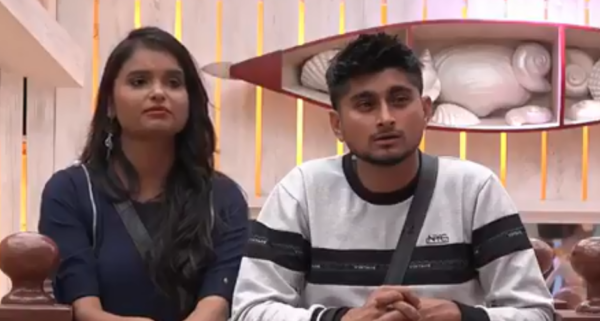 Salman Bhai said that Deepak has been charged blame that he plays games behind the back of everyone in the house and says bad things about members on their back in an attempt to become a favorite of all.

Deepak Thakur had tried hard to defend him but to add to it, Somi and Saba put the oil in the burning fire and support Salman’s statement better along with examples.

On the other hand, Karan Veer has also been disappointed by Deepak when someone told him that Deepak had backbite about him as well. Deepak Thakur seems to be in total danger and Urvashi has to hang with him being his partner. We are eager to watch how he gets himself out safe. Let’s find out the rest of the accusations imposed on tonight’s show.

Also, the appearance of Ayushman Khurrana and Tabu is going to be really entertaining. Don’t forget to catch the BIG BOSS 12 at 9 pm sharp only on Colors.

This Celebrity Contestant Is Going To Be The New Captain Of Bigg Boss House
Sui Dhaaga & Pataakha 1st Day Collections Out. This Movie Won The Race